Fantasy Impact: “He says he’s healthy. Tavon is ready to go, and if he tells me he’s ready to go, I believe in him 100 percent" Martindale said. Young missed the entire 2019 season following neck surgery but should help boost Baltimore's secondary this year. 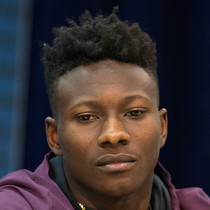 Marquise Brown (foot) has had a ‘great offseason’ per Ravens’ OC

Fantasy Impact: Brown had winter surgery to remove a screw from his foot. He has been running routes and catching passes from QB Lamar Jackson this offseason, showing no complications following surgery. “All of us to a man we’re saying, wow, once Hollywood has a real offseason, that’s going to be something,” Roman added. Brown has been rehabbing, but it unclear at this time if he will be fully recovered for the start of training camp. The 23-year-old is locked in as the Ravens’ WR1. He hauled in 46 receptions for 584 yards and seven touchdowns in 2019. Hollywood is currently 31st among all wideouts in the latest expert consensus rankings. 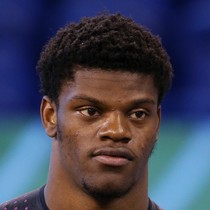 Ravens prized QB Lamar Jackson posted a video on his Instagram stories that showed him playing football on the beach, juking out a defender, and then unfortunately crashing into a stationary jet ski. Jackson, thankfully, is just fine and not injured, according to sources. (Source: Jamison Henley on Twitter)

Fantasy Impact: Jackson was playing football on the beach, breaking ankles like he has done the last two seasons in the NFL. After escaping a rusher, Jackson put on the jets and burst down the beach before tumbling over a jet ski that seemed to be in his way. Fortunately, Jackson has avoided injury, but I’m sure Ravens brass would like to see their most important asset take it easy on extracurricular activities like this one. Jackson is a top-2 fantasy quarterback this season along with Patrick Mahomes, and they sit in a tier all by themselves. Look for the 2019 MVP to follow up his incredible season with another season full of electrifying plays.

Fantasy Impact: Judon agreed to compromise salary of $16.8 million. He set career-highs in sacks (9.5) and forced fumbles (4) in 2019. Judon will play on the franchise tag this year as the Ravens look to sign him towards a long-term extension. The 27-year-old is currently 53rd among all linebackers in the latest expert consensus rankings.

Former Texas A&M DE Justin Madubuike, the No. 71 overall pick in the 2020 NFL Draft, has agreed to terms on his rookie deal with the Baltimore Ravens. (Source: Ian Rapoport on Twitter)

Fantasy Impact: Madubuike was a two-year starter for the Aggies, racking up 85 tackles, 11 sacks, and four forced fumbles during his sophomore and junior seasons. He’s an extremely athletic and rangy defensive end and will look to make an immediate impact on a very talented Ravens defense this season.

J.K. Dobbins officially signs his rookie deal with the Ravens

Former Ohio State RB J.K. Dobbins, the No. 55 overall pick in the 2020 NFL Draft, has signed his rookie deal with the Baltimore Ravens. (Source: Jeff Zrebiec on Twitter)

Fantasy Impact: It’s official now, Dobbins is under contract with the Ravens for four years. He’ll undoubtedly get an opportunity to showcase his abilities on a high-powered offense, but will he be fully unleashed this season with Mark Ingram II still in town? Only time will tell, but fantasy owners should be jumping all over Dobbins in dynasty leagues. Temper expectations this season however, as the Ravens have shown a propensity to use multiple backs throughout the last few years. 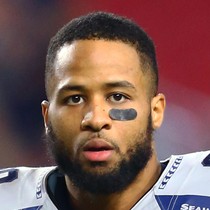 TMZ sports obtained court documents from April 13 that detailed an altercation in Austin, TX involving Ravens S Earl Thomas and his wife, Nina Thomas in which she tried to “scare him” at gunpoint after he allegedly cheated on her. (Source: TMZ on Twitter)

Fantasy Impact: According to Nina, she claims that her and Earl got into an argument over his drinking problem. Earl then left the house with his brother, Seth Thomas. Curious about his whereabouts, Nina logged into Earl’s Snapchat account and found out he was with another woman. She found the location, picked up Earl’s 9mm pistol and went to the house with the intention to “scare him.” She arrived at the house to find Earl and Seth naked in bed with multiple women. That’s when Nina admits to pulling out the gun. She stated that she, “took out the magazine thinking that the gun could not fire." But, cops say Nina was "unaware that the gun had a round in the chamber." Nina ended up being arrested and charged with intent to commit aggravated assault with a deadly weapon. Earl was not hurt during the altercation, nor was he arrested. After the incident, the all-pro safety took to social media with a message, "instead of talking about us, just keep us in y'all prayers," Thomas said. "Stuff like this happens. We try to live the best lives we possibly can. Sometimes it doesn't go as planned." 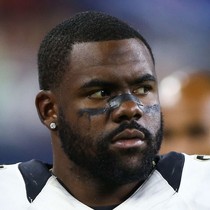 Fantasy Impact: Just months after setting the all-time rushing record for a team, the Ravens used their second round pick on J.K. Dobbins out of Ohio State. Even though Mark Ingram was the lead back last season, his 202 carries were only good for 20th in the league on a team that ran the ball more than anyone else. For comparison, quarterback Lamar Jackson's 176 carries landed him at 23rd overall while he also accumulated more yards. The Ravens ran the ball 98 more times than any other team in the league last year, and adding an explosive back like Dobbins just gives them the opportunity to keep the pace into 2020. Gus Edwards had 133 carries last season and Justice Hill had 58, so the Ravens aren't afraid to spread the ball among their committee. That being said, Ingram had 46 red zone touches compared to 37 combined between Edwards and Hill. Ingram's established role as the goal line back gives him more value than any other running back in Baltimore, but expect Dobbins to get a healthy dose of opportunity as a rookie as well. Dobbins is certainly an intriguing sleeper while Edwards and Hill should only be handcuffed for Ingram owners.

Ufomba Kamalu released by the Ravens

Fantasy Impact: Kamalu became expendable after the Ravens acquired Calais Campbell and Derek Wolfe, during the early stages of the offseason. Kamalu can be left on waiver wires as he was a back end reserve for the Ravens, that did not record a defensive stat last year. 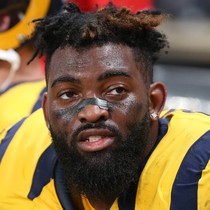 DT Michael Brockers is headed back to Los Angeles to play for the Rams after he and the Ravens couldn’t come to an agreement on final contract terms. Brockers gets three-years, up to $31.5M from the Rams. (Source: Ian Rapoport on Twitter)

Fantasy Impact: Brockers had originally struck a deal with Baltimore a week ago, but it has since fallen apart after the two sides were unable to negotiate contract terms that accounted for Brockers’ high-ankle sprain he suffered at the end of last season. The veteran DT has only played for the Rams in his eight-year NFL career, and he’ll be back with the team for three more years. Brockers has only gotten better with age, recording a career-high 63 tackles last season. He’ll look to continue that streak, and hit a new career-high in 2020 and beyond. 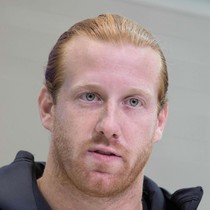 The Ravens have traded Hayden Hurst and a 2020 fourth round pick to the Falcons in exchange for a second round and a fifth round pick. (Source: Adam Schefter on Twitter )

Fantasy Impact: With Austin Hooper signing with Cleveland earlier, the Falcons traded for Hurst to be the team’s leading tight end. Hurst will see a significant boost in value, where he will join one of the most pass-heavy offenses in the league. Hurst had 30 catches for 349 yards and two touchdowns across 16 games for the Ravens in 2019. 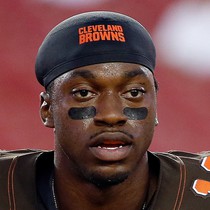 Robert Griffin III is being discussed in trade talks

According to Ian Rapoport, RGIII is being discussed in trade talks heading into the new league year. (Source: Ian Rapoport on Twitter)

Fantasy Impact: RGIII hasn't been fantasy football relevant for a very long time, but that doesn't mean he can't still play. Griffin has a very affordable contract and could be a target for a team looking to upgrade their backup QB situation. It's unlikely that Griffin's fantasy value will spike overnight, but it's a situation worth monitoring. 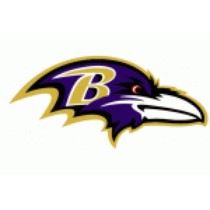 Ravens defense run over by Titans

The Baltimore defense struggled in a 28-12 loss to the Titans in the Divisional Round of the playoffs. They managed just one sack and were unable to force any turnovers.

Fantasy Impact: The Ravens were tough on defense in the regular season but they were run over by Derrick Henry, who racked up 195 yards on 30 carries. Despite the disappointing playoff loss, Baltimore's defense should be selected as a top-six unit in 2020 fantasy drafts. 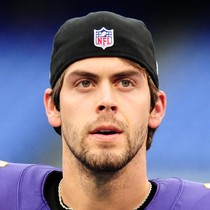 Baltimore Ravens kicker Justin Tucker made both of his field goals in a 28-12 loss to the Titans in the Divisional Round of the playoffs.

Fantasy Impact: Tucker did not attempt an extra point. He remains one of the better kickers in the league, although Baltimore's efficiency on offense this season resulted in more touchdowns and fewer field goal attempts for Tucker. Regardless, he should be one of the first kickers drafted in fantasy in 2020. 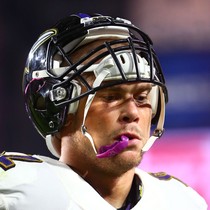 Nick Boyle held without a catch

Baltimore Ravens tight end Nick Boyle was shut out on two targets in a 28-12 loss to the Titans in the Divisional Round of the playoffs.

Fantasy Impact: Boyle appeared to injure his right leg during the game. The veteran is one of the better blocking tight ends in the league but he doesn't usually make an impact in the passing attack. 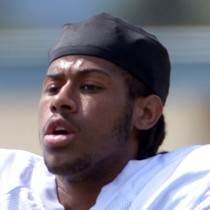 Baltimore Ravens wide receiver Seth Roberts caught two passes for 20 yards in a 28-12 loss to the Titans in the Divisional Round of the playoffs.

Fantasy Impact: Roberts had a quiet night despite Lamar Jackson throwing for 365 yards. Roberts will not be on the fantasy radar heading into 2020 drafts. 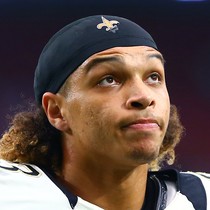 Baltimore Ravens wide receiver Willie Snead caught 6-of-8 targets for 56 yards in a 28-12 loss to the Titans in the Divisional Round of the playoffs.

Fantasy Impact: Snead finished second on the team in receiving. He had a few big games this season but was far too inconsistent to be trustworthy in fantasy.

Baltimore Ravens wide receiver Miles Boykin caught 3-of-7 passes for 26 yards in a 28-12 loss to the Titans in the Divisional Round of the playoffs.

Fantasy Impact: Boykin had a quiet rookie season. The third-round pick from last year's draft still has some potential but he will have to show a lot more on the field in the 2020 season. 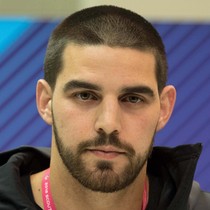 Baltimore Ravens tight end Mark Andrews caught 4-of-7 targets for 39 yards in a 28-12 loss to the Titans in the Divisional Round of the playoffs on Saturday.

Fantasy Impact: Andrews injured his ankle during the game but was able to play through the pain. The second-year tight end broke out in a major way in 2019 and should be a top-five fantasy tight end in 2020. 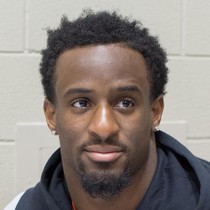 Baltimore Ravens running back Justice Hill caught 4-of-5 targets for 26 yards in a 28-12 loss to the Titans in the Divisional Round of the playoffs.

Fantasy Impact: Hill didn't receive a carry but was useful in the passing attack. The rookie runner didn't make much of an impact for the Ravens this season but he should be in line for an increased role on the offense in the 2020 season. He is a solid trade target in dynasty leagues this offseason.