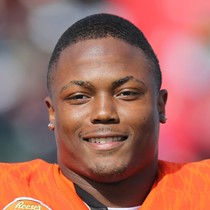 Fantasy Impact: "I mean, he's a young man I think that had a solid year last year as a rookie, a third-round pick," Rivera said. "He's a guy that could be on the verge (of stardom), he really is." The 24-year-old went for 919 yards and seven scores in just 14 games last year. What was most impressive is that McLaurin did this on just 93 targets. One would figure he should push for 120 targets now that he is established as the team's number one receiver. 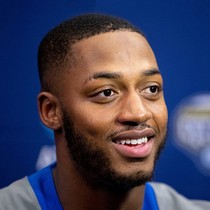 Antonio Gibson: Redskins will need to get the ball to him 'creatively'

Redskins offensive coordinator Scott Turner says he will need to creatively get the ball to Antonio Gibson and J.D. McKissic. (Source: JP Finlay on Twitter)

Fantasy Impact: "You want to be as unpredictable as possible," Turner elaborated. "Guys that are able to do more things give you more options." Gibson is the slightly more interesting name here for fantasy purposes, though Washington has far too many running backs it seems. Gibson mainly played wideout in college but the Redskins seem intent on using him as a running back. 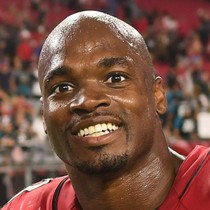 Adrian Peterson will have a role in Redskins' offense

Redskins offensive coordinator Scott Turner says "there's a role" for the type of back Adrian Peterson is. (Source: JP Finlay on Twitter)

Fantasy Impact: In terms of the passing game Turner added that AP could be used in checkdown situations or for play action. However, Peterson has just 49 targets over the past two seasons combined. Derrius Guice, Antonio Gibson, and J.D. McKissic will all see time in this committee as well. 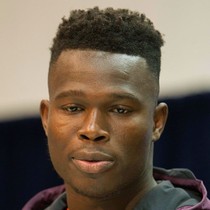 Kelvin Harmon the frontrunner to start opposite Terry McLaurin

Redskins WR Kelvin Harmon appears to be the frontrunner to start opposite Terry McLaurin for Washington in 2020, with Steven Sims likely operating in the slot. (Source: JP Finlay on Twitter)

Fantasy Impact: Harmon, a sixth-round pick out of NC State in 2019, went for just 30 catches and 365 yards in his rookie season with the Redskins. While the numbers don’t wow you, 20 of his 30 receptions came after Dwayne Haskins took over as the starting QB in November. Harmon and Haskins knew each other growing up in New Jersey and communicate like old friends on and off the field. They’ve also been working out together this off-season. Look for Harmon to get an opportunity to start opposite McLaurin this season, and he’s a guy to give serious consideration to in deep fantasy leagues. He’s currently ranked WR #88 in FantasyPros expert consensus rankings. 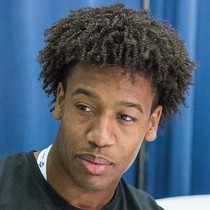 Antonio Gandy-Golden had COVID-19, but was asymptomatic and has recovered

Redskins fourth-round draft pick WR Antonio Gandy-Golden tested positive for coronavirus during pre-draft training, but was asymptomatic and has since recovered and overcome the virus. (Source: Tom Pelissero on Twitter)

Fantasy Impact: Gandy-Golden tested positive for COVID-19 during his pre-draft training on March 24. Although he was asymptomatic, he self-quarantined for 14 days and was fully cleared of the virus by April 7. Per Gandy-Golden himself through his agent, “I feel 100% now and can’t wait to get on the field for the Redskins ASAP!” The former Liberty WR figures to compete with Kelvin Harmon and Steven Sims in Washington for the 2nd WR position behind Terry McLaurin. He’s a potential sleeper that can be had very late in fantasy drafts this season. 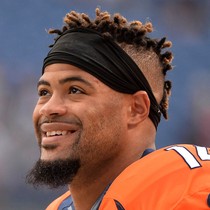 Early on Saturday morning Douglas County police in Colorado arrested Cody Latimer on five charges; assault in the second degree, menacing, illegal discharge of a firearm, prohibited use of a weapon, and reckless endangerment. Bond was listed at $25,000. (Source: ESPN)

Fantasy Impact: The Redskins' wide receiving corps is among the most unproven in the league, which up until this incident provided Cody Latimer with an exceptional opportunity to contribute. The Redskins had hoped that Latimer could be a complimentary receiver to second year wideouts Terry McLaurin and Steven Sims Jr. Entering his seventh season in the league Latimer will have to hold off a number of younger players including Antonio Gandy-Golden, Kelvin Harmon, Trey Quinn and Cam Sims if he wants to see the field in 2020. Cody Latimer set career highs in targets (42), receptions (24), yards (300) last season with the Giants. 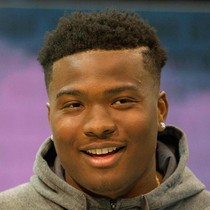 Dwayne Haskins slimming down this off-season

Dwayne Haskins is in better shape and has slimmed down from 231 to 220 pounds this off-season. (Source: Pro Football Talk on Twitter )

Fantasy Impact: Haskins weighed 231 pounds his rookie season. He is getting in peak shape and slimmed down to 220. The 22-year-old is looking to improve on his rookie year, where he threw for 1,365 yards with a 7:7 TD:INT ratio across nine games in 2019. He is the favorite to be the team’s starting QB, but will compete with Kyle Allen for the job. Haskins played much better at the end of last season, and it’s possible that he makes that second-year leap. He is currently 28th among all quarterbacks in the latest expert consensus rankings. 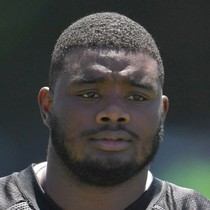 Treyvon Hester signs with the Packers

Fantasy Impact: A seventh-round pick from Toledo in 2017 by the Raiders, Hester has played in Oakland, Philadelphia, and most recently Washington. He’s totaled 40 tackles and two sacks in 41 career games. The Packers will look for Hester to provide depth up front on a very formidable defensive line. 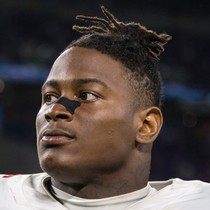 The Washington Redskins will not exercise the fifth-year option on LB Reuben Foster. (Source: Les Carpenter on Twitter)

Fantasy Impact: Foster was cut by the 49ers mid-way through the 2018 season and claimed by the Redskins. He missed all of 2019 after being placed on the IR with a left leg injury. The former 2017 first-round pick out of Alabama hopes to be fully healed come the start of training camp and looks forward to playing football for the first time since the 2018 campaign. In his two seasons with the 49ers, Foster totaled 101 tackles in 16 games. With Washington not exercising his fifth-year rookie option, Foster will become a free agent after this season. 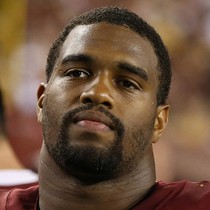 Jonathan Allen will get his fifth-year option from Redskins

The 2017 first round pick will have his fifth-year option for the 2021 season exercised by the Redskins. (Source: Washington Redskins on Twitter)

Fantasy Impact: Allen was selected 17th overall out of Alabama in 2017 and has established himself as the cog in the trenches for the Redskins over the last couple of seasons after a Lisfranc fracture derailed his rookie season. Over the last two seasons he's amassed 14 sacks and only missed one game. No surprise here that the Redskins would used the fifth-year option as the athletic lineman continues to develop as a pro-level tackle. 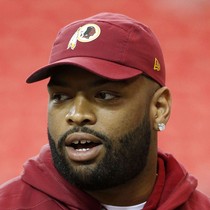 Trent Williams has been traded to the San Francisco 49ers

Redskins Pro-Bowl LT Trent Williams is heading to the San Francisco 49ers in a trade that will send a fifth-round pick this year and a third-round pick next year to Washington. (Source: Ian Rapoport on Twitter)

Fantasy Impact: Williams is reunited with 49ers Head Coach Kyle Shanahan who was with the Redskins when he was drafted in the first round of the 2010 NFL Draft. Williams will fit right in to what San Francisco wants to do with the zone run scheme and could immediately fill a void left by OT Joe Staley should he retire this off-season. Williams finally gets his wish granted of wanting out of Washington, and what a get by the 49ers at the beginning of Day Three of the NFL Draft. A win-win for both clubs as Williams was most likely never going to play for the Redskins again after everything that has transpired with his injuries and hold-out situation over the last couple years. 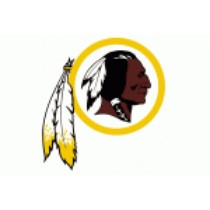 The Redskins will not trade 2nd pick, expected to select Chase Young

The Redskins have recently received multiple calls from teams in possibly dealing the second overall pick. Washington will ultimately will keep the draft choice, and is reportedly going to select Ohio State’s DE Chase Young. (Source: Ian Rapoport on Twitter)

Fantasy Impact: The Redskins have made their decision and are expected to select DE Chase Young with the second overall pick. “They are making the pick, because they love the player who will be there for him,” per NFL Networks Ian Rapoport. Expect Chase Young’s name to be announced once the Redskins are on the clock.

Redskins Head Coach Ron Rivera told reporters on Tuesday that newly-acquired QB Kyle Allen could have a “leg-up” on incumbent QB Dwayne Haskins given his familiarity with the coaching staff and how teams are having to operate in the current league landscape due to the coronavirus pandemic. (Source: Sports Illustrated)

Fantasy Impact: The Redskins sent a fifth-round pick to Carolina in exchange for Allen a few weeks ago. Allen’s QB coach with the Panthers the past two seasons, Scott Turner, is now the offensive coordinator for the Redskins. Given the uncertainty that surrounds how and when the league will start up again mixed with the fact that Allen understands the offense that is going to be implemented in Washington definitely gives him an advantage over Haskins to start the season. Even if Haskins ends up beating out Allen for the starting job, Rivera has all the confidence in the world in Allen, describing him as “a guy that can be very competitive for us; that’s gonna come in and compete and push Dwayne.” Neither Allen or Haskins is recommended in 1-QB leagues, but could be fringe starters in 2-QB leagues if either of them can become the clear-cut starter on a weekly basis. 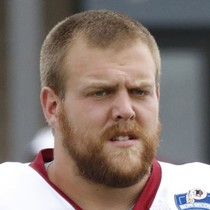 Redskins G Brandon Scherff has signed his $15M+ franchise tender with the team and will return to Washington in 2020. (Source: Adam Schefter on Twitter)

Fantasy Impact: The three-time Pro Bowl G will be required to report to training camp should one start on time this season. The former 2015 first-round pick out of Iowa has been one of the best guards in the league for Washington, and he’ll continue to be a cornerstone of that offensive line for at least another year. 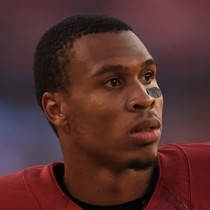 CB Quinton Dunbar has been traded from Washington to Seattle in exchange for a 5th-round pick. (Source: Adam Schefter on Twitter) 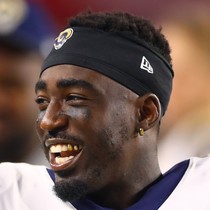 Kayvon Webster being released by the Redskins

Per his agent Drew Rosenhaus, veteran CB Kayvon Webster is being released by the Washington Redskins. (Source: Adam Schefter on Twitter)

Fantasy Impact: Webster hasn’t played more than two games in each of the past two seasons and he’s been on three teams since 2017 after starting his career in Denver in 2013. Webster is set to become a free agent after his release today. 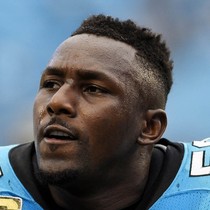 Fantasy Impact: Davis Sr. is reunited with his old coach Ron Rivera in Washington for what will be his 16th NFL season. 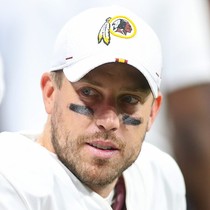 The Cleveland Browns agreed to terms with free-agent quarterback Case Keenum on a three-year deal worth $18 million that includes $10 million guaranteed, according to a report from ESPN NFL insider Adam Schefter. The deal cannot be officially signed until free agency begins on Wednesday. (Source: Adam Schefter on Twitter)

Fantasy Impact: Keenum was seen by many as one of the top veteran backup quarterback options on the market, and the Browns agreed to terms with him quickly on the first day of the legal tampering period. After up-and-down seasons with the Vikings and Redskins, Keenum will be Baker Mayfield's backup in Cleveland. 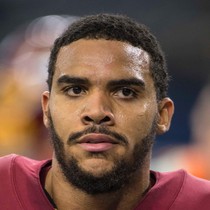 Jordan Reed released by the Redskins

Jordan Reed was released by the Redskins on Thursday. (Source: Field Yates on Twitter)

Fantasy Impact: Reed missed the entire 2019 campaign due to a concussion he suffered back in the preseason. The move will save the Redskins $8.5 million. Reed just cleared concussion protocol last week and still wants to continue his NFL career. The 29-year old has a lengthy injury history and will look to latch onto another team.

Fantasy Impact: Sweat puts a cap on his rookie season with 50 tackles, seven sacks, and two forced fumbles. He is worth rostering in super deep dynasty leagues.