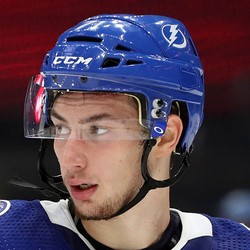 On Thursday, the Tampa Bay Lightning defeated the Toronto Maple Leafs 4-1 at home. Anthony Cirelli and Nikita Kucherov both recorded a goal and an assist in the win. With their eighth win in a row, the Lightning have taken a commanding seven point lead in the Eastern Conference. Tampa Bay have scored 17 goals in their last three games. The Lightning play in Winnipeg on Sunday.

The third line is firing on all cylinders for the Tampa Bay Lightning. Anthony Cirelli is a fantasy sleeper with a hot hand. He now has five goals and an assist in the last four games. Cirelli will look to keep the momentum going against the Jets on Sunday night.