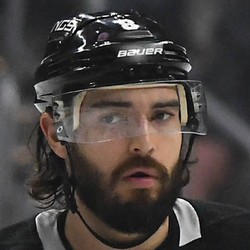 Drew Doughty gets assist in win versus Colorado

Drew Doughty had an assist during the Kings 3-1 win versus Colorado. He also had two shots, three hits and finished with a plus-one rating in 27:13 minutes.

Drew has seven goals and 27 assists with a minus-16 rating in 66 games played. He had four assists in his last four games.