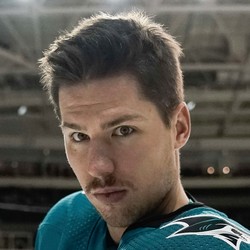 Logan Couture with a late game-tying goal versus Blues Wednesday

Logan Couture scored the game-tying goal for the Sharks with 1:01 remaining in the third period to force OT in Game Three against St. Louis.

Couture came to the rescue with a late game-tying goal for the Sharks as they were almost going to fall behind two games to one against the St. Louis Blues in the Western Conference Finals. Couture has had an awesome post-season so far with 14 goals, six assists, and a plus-eight rating through 17 games played.