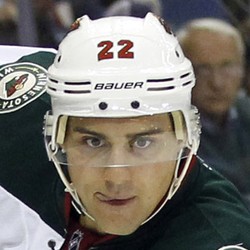 Nino Neiderreiter scored 2, second period goals, in a 5-2 win against the Canucks. The win concluded the Hurricanes western Canada road swing. In search of a wild card spot, the Canes collected 5 out of a possible 6 points on the trip.

Since being acquired via a trade with Minnesota on January 17th, Neiderreiter has been impressive. Wednesday night was his second 2 goal game, in only his fourth as a Cane. On the season “El Nino” has 27 points with 13 goals and 14 assists. Keep an eye on him to see if his hot play continues after the All-Star break.