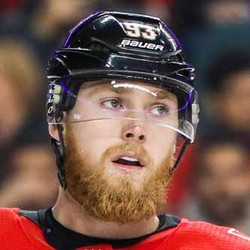 Sam Bennett has signed a two-year, $5.1 million contract extension with the Calgary Flames.

Bennett has not developed in to the high-end player that many were expecting as the fourth-overall pick in 2014. His best point total to date was 36, which came in his rookie season. The past three seasons have seen totals of 26, 26, and 27, consistent though certainly underwhelming. While there is still some reason to believe that Bennett could break-out, he was a very highly touted prospect, and is still just 23 years-old. It is starting to seem less likely with each passing season. Bennett has struggled to produce early in his career, though his penalty minutes are useful in certain formats.