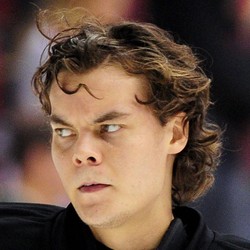 Has has finally rebounded off two straight starts that were duds. With 25 wins and just 81 goals against, Rask has been fantasy hockey's top netminder this season. He'll start again Thursday when the Bruins host Tampa Bay in the second of the home-and-home series.