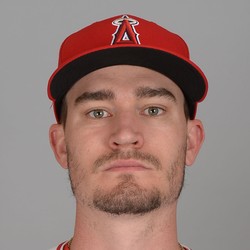 Andrew Heaney allowed one run on six hits and two walks while striking out seven through 5 1/3 innings in Wednesday's 3-2 loss to the Athletics. He did not factor into the decision.

Andrew Heaney (4-6) allowed six runs and three walks while striking out eight across five innings in Thursday's 9-1 loss to the Yankees. He was charged with his sixth loss of the season.

Andrew Heaney (4-5) allowed six runs on 10 hits while striking out three through three 1/3 innings in Friday's 11-4 loss to the Rays. He was charged with his fifth loss of the season.

Heaney served up three homers during an ugly third inning and gave up three consecutive singles in the fourth before exiting. He owns a 4.76 ERA, 1.26 WHIP and 113:25 K:BB in 85 innings this season. His next scheduled start is Wednesday, away against the Yankees.

Andrew Heaney (4-4) allowed four runs on six hits and zero walks while striking out eight through six innings in Saturday's 8-7 win over the White Sox. He picked up his fourth win of the season.

Andrew Heaney (3-4) allowed four runs on seven hits and two walks while striking out four through five innings in Sunday's 4-3 loss to the Red Sox. He was charged with his fourth loss of the season.

This was Heaney's first start allowing more than three runs since June 30th. Most of the damage came in the third inning with Xander Bogaerts and J.D. Martinez launching back-to-back homers. Heaney owns a 4.16 ERA, 1.20 WHIP and 92 strikeouts through 75 2/3 innings this season. His next scheduled start is Saturday, away against the White Sox.