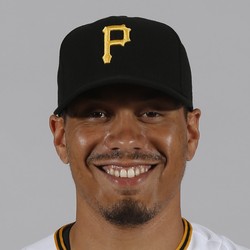 The Pirates' bullpen is not exactly bursting with talent, so Kela's designation does not come as a surprise. He was limited by a shoulder injury in 2019, tossing 29.2 innings while posting a 2.12 ERA. Kela's career has been defined by injuries and off-the-field issues, though he has sleeper potential given the solidity of his role. However, the Pirates' poor projected record could certainly limit his save opportunities.

Keone Kela allowed one walk in the ninth inning en route to his first save of the season Wednesday against the Cubs.

With Felipe Vazquez on the restricted list, Kela is likely filling in as closer for the Pirates. Kela owns a 2.20 ERA, 1.01 WHIP, and 32 strikeouts in 28.2 innings.

Keone Kela pitched one inning and threw 21 pitches on Tuesday. Kela blew the save opportunity but did earn the win after giving up two hits, one earned run and striking out one batter.

Kela should be avoided in fantasy leagues, especially if they do not credit holds. Kela has already blown 4 saves, given up three home runs and has a 8.10 ERA accompanied by a 1.65 WHIP.

Keone Kela threw 28 pitches, on Wednesday, and 22 pitches, on Monday, and will receive a day off according to manager Clint Hurdle.

Kela should be avoided on Thursday, but all signs point that Kela is just a healthy scratch for the day. Plug him back into your lineup Friday, when the Pirates take on the Reds. All other Pirate pitchers are available out of the bullpen