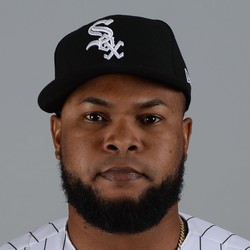 Few expected Colome to hold the closer role for the White Sox all season, but he did, totaling 30 saves in the process. His numbers were solid, though his FIP and xFIP were significantly higher than his ERA. The White Sox have big plans for the season so, if they're in contention, don't be surprised if they make a move for a more established reliever. But, in the meantime, Colome should provide plenty of saves in the first half of the season.

Chicago White Sox closer Alex Colome struggled in a Cactus League outing against the Giants on Saturday. Colome allowed two runs in one inning and was charged with a blown save.

Colome has had a rough spring, having allowed seven runs over three innings of work. The veteran is slated to open the year as the team's closer but it would be nice to see him turn in a few good outings this spring before Opening Day.