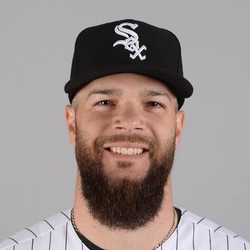 Keuchel moves from the Braves to the White Sox, which, on the surface, seems like a negative move given the change in league and home park. But, he'll be paired with Yasmani Grandal, one of the best framing catchers in all of baseball, and that's a huge boon to a pitcher like Keuchel who relies on movement and called strikes as much as any pitcher. In addition, other than the Twins, the lineups in the AL Central are hardly imposing. Keuchel is more of a matchup-based starter at this point in his career anyway, and fantasy owners should still be able to pick and choose when to deploy him.

Chicago White Sox left-hander Dallas Keuchel allowed four runs over 3 2/3 innings of work against the Giants on Saturday. Keuchel struck out three and walked one in the start.

Keuchel has allowed five runs over 7 2/3 innings of work in Cactus League action. The White Sox are counting on him to hold down the No. 2 spot in the rotation but his fantasy upside is limited.