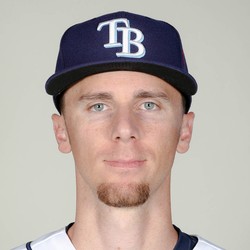 Matt Duffy homers in loss to the Blue Jays

Matt Duffy went 2-for-4 and hit his first home run of the season in Saturday's loss to the Blue Jays by a 4-1 score.

Duffy has had another injury-filled year as the veteran infielder has not played a full season since 2015 when he played in 149 games with the Giants. Duffy is now hitting .255/.343/.331 on the season.