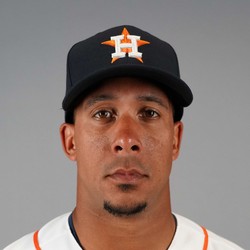 Brantley had injury troubles for a while but has now played virtually every day for two straight years. In that time, he has returned to the steal .310 hitter with 20 homers. Although the steals are long gone, that profile still works great with a tenth-round pick.

Michael Brantley went 1-for-2 with a walk in the Astros' 6-3 loss to the Cardinals on Tuesday.

Brantley is 4-for-8 with a homer thus far this spring. The 32-year-old hit .311 in his first season with the Astros last year. Expect him to once again bat second for the defending American League champs.