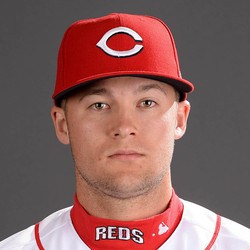 Senzel was expected to be an immediate five-category contributor but has run into some injury issues then struggled with a .256 batting average. The upside is still there but compared to others being drafted in the 15th round, he comes with more risk.

Nick Senzel has progressed well from his shoulder surgery in September, and will be ready to go on Opening Day.

Senzel is in an open competition for an outfield spot, though the universal DH certainly helps him out. While his ADP of 229 may seem like a bargain, monitor his power when spring training reopens. He is more known for his hit tool, but any sap to his power as a result of the injury would dampen his fantasy outlook.