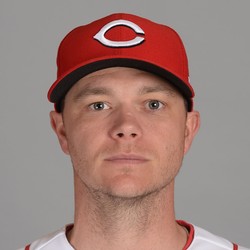 Gray talked about how he didn't like how the Yankees had forced him to use his slider and that he expected better results in 2019. Boy, did he get them with the Reds. His slider and curveball went from very good to great in 2019, and along with it improved all of his numbers. Armed now with a top-notch strikeout rate and peripherals that finally match his raw stuff, Gray should be drafted with confidence in 2020 as a reliable fantasy starter.

Gray was fantastic in his first season with the Reds last year. The 30-year-old posted a 2.87 ERA to go along with 205 strikeouts in 175 1/3 innings. He's a sure-fire top-25 fantasy hurler entering this abbreviated season.