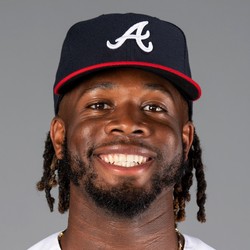 The Braves optioned Touki Toussaint to Triple-A Gwinnett on Sunday.

Toussaint had a disastrous outing on Saturday versus the Indians, allowing seven runs and getting just four outs. Mike Soroka pitched well in his 2019 debut earlier this week and has seemingly taken that rotation spot for now. We'll see Toussaint again at some point this season.