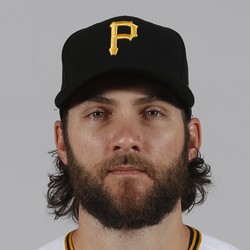 Trevor Williams (7-9) took the loss Sunday against the Reds, allowing two runs on five hits and two walks in seven innings. He struck out five.

Williams's start Sunday characterized his season pretty well; flashes of efficiency, but struggles to maintain consistency. He allowed two homers Sunday, bringing his season total to 27 in 145.2 innings. Overall, he will finish with a 7-9 record, a 5.38 ERA, and 113 strikeouts in 145.2 innings.