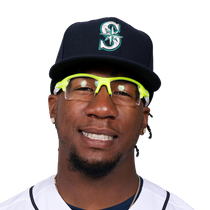 Fantasy Impact: Long underwent surgery last September, and was not quite 100 percent healthy when he arrived to Mariners camp this year. Long struggled last season, hitting just .171, but he figures to be a utility player for Seattle this year, while seeing a good amount of playing time at second base. 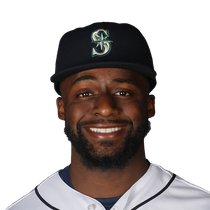 Taylor Trammell homered in the fifth inning of Wednesday’s matchup against the Cubs.

Fantasy Impact: Trammell is one the the Mariners' top prospects. He was traded from San Diego in August. It’s likely he will start the season in Triple-A, but if he plays well in the minors he could find his way on the major league roster. 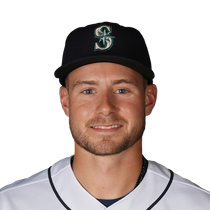 Fantasy Impact: It came at the perfect time when the ESPN broadcast was interviewing Mariners manager Scott Servais about Kelenic and when he would be called up. "Players will let you know when they’re ready," Servais said as Kelenic blasted the home run in fitting time. With the start of the minor league season being delayed, there will be even more pressure for the Mariners to place Kelenic on the opening day roster following the drama with former president Kevin Mathers.

James Paxton to throw a simulated game this week

Mariners LHP James Paxton will throw a simulated game this week as opposed to pitching in a Cactus League contest. (Source: Ryan Divish on Twitter)

Fantasy Impact: Paxton is seeking to sort out some of his secondary pitches in a more controlled environment. The southpaw remains healthy, though, which is the most important thing for him right now. 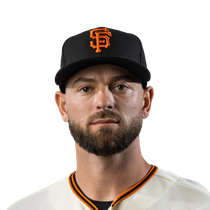 Mitch Haniger went 1-for-2 with a run scored in the Mariners spring training win over the Padres Sunday.

Fantasy Impact: Haniger reached on an infield single in the first inning before he eventually scored on an RBI single by Kyle Seager. It was the first action Haniger has seen since the 2019 season when he fouled a pitch off himself, which led to a ruptured testicle and resulted in surgery. Haniger will be on a prove-it year in his return from the lost 2020 shortened season. He was a legitimate MVP candidate for the first half of the 2018 season, ultimately hitting .285 with 26 home runs. 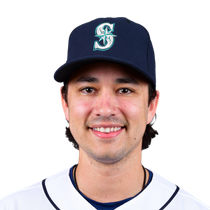 Fantasy Impact: The run was scored on a throwing error by second baseman Dylan Moore. Gonzales was named the opening day starter for the third straight season, coming off an impressive 2020 campaign where the Gonzaga product registered a 3.10 ERA. He is not going to be a heavy strikeout pitcher, but will continue to work quickly and efficiently. 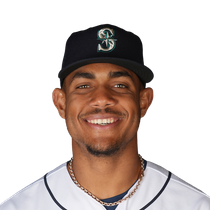 Seattle Mariners prospect Julio Rodriguez hit a walk-off single in the team's opening spring training game Sunday, resulting in a 5-4 win for the Mariners over the Padres.

Fantasy Impact: The Mariners youth was shining in Peoria Sunday as Rodriguez's single scored Jarred Kelenic to win the game. Rodriguez and Kelenic are the top-two prospects in the Mariners organization, and two of the top prospects in the whole league for that matter. There is a chance Kelenic makes the opening day roster this season with a strong spring training, while Rodriguez likely won't be called up till late this season at the very earliest, if not next year.

Ty France is taking the majority of his reps at third base this spring. (Source: MLB.com)

Fantasy Impact: France will likely take over third base if/when Kyle Seager departs as a free agent after 2021. However, with Seager still around, France will likely begin the year as Seattle's designated hitter. He's worth monitoring in the later rounds of fantasy drafts this spring. 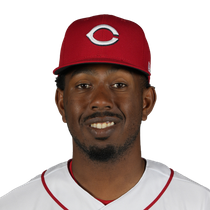 Justin Dunn is said to have lost 10 pounds over the offseason and topped out at 97 mph this spring. He has also tweaked his changeup grip. (Source: Seattle Times)

Fantasy Impact: After a rather disappointing 2020 season, Dunn’s spot in the rotation has been up in the air. His fastball averaged at 91.5 in 2020 so this could be quite the jump. It remains to be seen if these changes will produce the results Seattle is hoping to get out of Dunn. Dunn had a 4.34 ERA in 2020 over 45 innings pitched. Fantasy Impact: A statement from the team earlier on Monday detailed the resignation and discussed plans for the future. The resignation comes as no surprise after Mather's comments in an early February zoom meeting with the Bellevue Rotary Club became public. He made highly insensitive comments about several former and current foreign-born players and discussed service time suppression for the team's top prospects, among other things. "I offer my sincere apology on behalf of the club and my partners to our players and fans. We must be, and do, better. We have a lot of work to do to make amends." Team chairman John Stanton wrote in the statement. He will take over as the interim president until a replacement can be found. He certainly has his work cut out for him as the front office's reputation took a serious hit in the eyes of both players and fans. 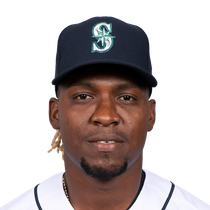 Rafael Montero and the Mariners agreed to a one-year, $2.25 million deal to avoid arbitration. (Source: Jon Heyman on Twitter)

Fantasy Impact: The Mariners acquired Montero from the Rangers in a trade back in December. He put up a 4.08 ERA and 1.02 WHIP over 17 2/3 innings with Texas last season. He'll compete for Seattle's closer gig to open the year. 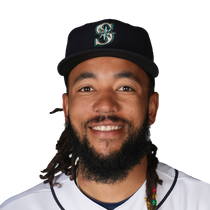 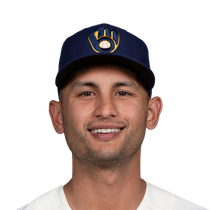 Tim Lopes was designated for assignment by the Seattle Mariners on Friday to free up roster space. (Source: Corey Brock on Twitter)

Fantasy Impact: Seattle had to free up a roster spot after officially signing Chris Flexen to a two-year deal and Lopes was let go in a corresponding move. Lopes provided some juice at times for the upstart Mariners in 2020 and finished the season with a .238/.278/.364 batting line to go along with two home runs, 15 RBI, and five stolen bases across 143 at-bats.

Dylan Moore to compete for everyday 2B job

Dylan Moore and Shed Long will compete for the Mariners’ starting second base job in 2021. (Source: Ryan Divish on Twitter)

Fantasy Impact: Moore provided solid production for the Mariners in 2020’s shortened campaign. He hit eight homers and swiped 12 bags across 37 games. “The Mariners want to see Moore get a long look at the position,” per Ryan Divish of the Seattle Times. If Moore is able to secure Seattle’s starting second base gig, he will have more fantasy value in rotisserie league formats due to his stolen base potential. 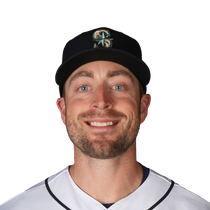 Tom Murphy (foot) is healthy and participating in full workouts

Fantasy Impact: Murphy continues to recover from a broken bone in his left foot, but is fully healthy and expected to be ready by Spring Training. He will compete for the Mariners’ starting catcher position with Luis Torrens in 2021. Murphy slashed .273/.324/.535 across 281 plate appearances for the Mariners in 2019. 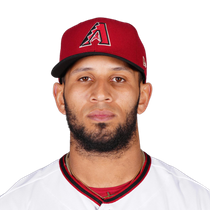 Fantasy Impact: Middleton receives a Major League contract from Seattle. He was recently non-tendered by the Angels and is part of the Mariners' efforts to rebuild their bullpen this offseason. The 27-year-old posted a 5.25 ERA this past season but was much more effective in years prior. 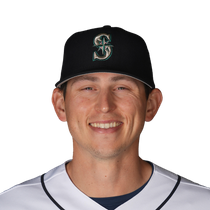 Chris Flexen has agreed to a two-year, $4.75 million deal with the Seattle Mariners, according to Joel Sherman of the New York Post. (Source: Joel Sherman on Twitter)

Fantasy Impact: Flexen gets a two-year deal after pitching for the Doosan Bears of the Korean Baseball Organization last season. He was solid in the KBO, registering a 3.32 ERA, 1.09 WHIP, and a 132:30 K/BB ratio over 116 2/3 innings (21 starts). This is a bit of a reclamation project for the Mariners as Flexen struggled over parts of three seasons with the Mets, posting a 8.07 ERA and 2.13 WHIP over 68 innings, mostly as a reliever. He's still just 26-years old, though, and will have a chance to compete for a rotation spot with the M's this spring. 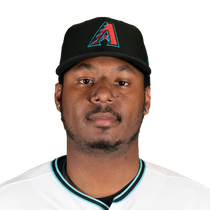 Fantasy Impact: Lewis received all 30 first place votes and finished with 150 points while fellow outfielder Luis Robert finished in second place with 83 points. Lewis finished the shortened season with a .262/.364/.437 batting line to go along with 11 home runs, 28 RBI, and five stolen bases. He is the first Mariner to take home the award since Ichiro Suzuki won it back in 2001. 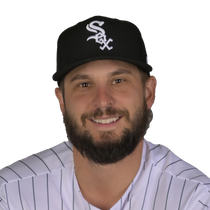 Fantasy Impact: The option was worth $3.5 million so the Mariners are instead paying a $500,000 buyout. Shannon Dryer of ESPN notes that Seattle remains interested in bringing Graveman back, however. The 29-year-old mostly pitched out of the bullpen this past season. 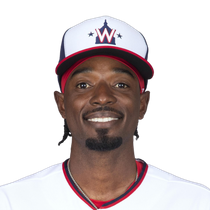 Fantasy Impact: This was expected considering the option was worth $14 million. Gordon posted a weak .481 OPS in 33 games in 2020, and he'll likely have to settle for an incentive based one-year contract in free agency. His fantasy baseball glory days are behind him.