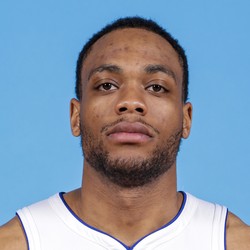 Bruce Brown Jr. underwent surgery in late April to repair a ligament in his right thumb. He will be ready to go if the NBA season resumes.

Brown had a lingering thumb injury injury in February and underwent surgery in April to correct the issue. It's not clear when Brown sustained the injury, but he should be all systems go if the season resumes. Luke Kennard is also on track to return, Brown could play more minutes at shooting guard. The 23-year-old is averaged 8.9 points, 4.7 rebounds, 4.0 assists, 1.1 steals and 0.6 triples across 58 games this season.