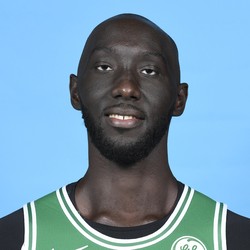 Tacko Fall sees action in win over Sixers on Saturday

Tacko Fall scored two points as he made his only field goal over three minutes on Saturday night as the Celtics beat the Sixers by a 116-95 score.

The 24-year-old has been with the Maine Red Claws in the G-League most of the season but was recalled to the Celtics with the team dealing with injuries. The rookie big man has a long way to go before he makes an impact in the NBA and is only worth stashing in deeper dynasty leagues by fantasy owners.