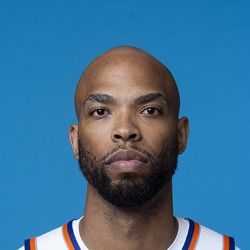 Taj Gibson scores two points in loss to the Wizards

Taj Gibson scored two points, had three rebounds, and one block in 10 minutes in a 114-96 loss to the Wizards.

Gibson on the season is averaging 5.8 points, 4.3 rebounds, and 0.9 assists a game. He has played better of late averaging 7.4 points during the last 10 games. He is not worth using in fantasy because he doesn't play enough minutes as he only averages 16.5 minutes a game. His next match up will be against the Indiana Pacers. In two games vs. the Pacers this season, Gibson is averaging six points.