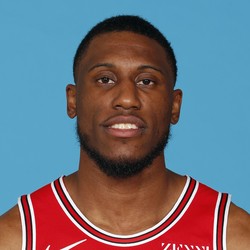 Thaddeus Young doesn't do much in Tuesday's win

Young was able to take full advantage of his starting gig over 16 games while Lauri Markkanen was nursing a hip injury, but Markkanen's re-entrance into the starting lineup has decimated Young's value who is only averaging 11.0 points, 5.5 rebounds, 2.5 assist, 2.5 steals, and 0.8 blocks over his last four outings while seeing a minute decrease in each game. He only saw 21 minutes in Tuesday's contest and is safe to drop in all formats.