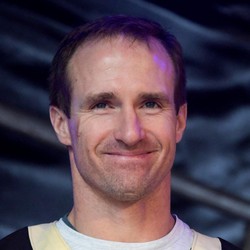 Drew Brees is re-signing with the Saints on a two-year, $50 million contract, per Ian Rapoport of the NFL Network.

Brees will remain with the Saints for two more years, and will have most of his offensive core in place. He threw for 2,979 yards with 27 touchdowns and four interceptions across 11 games in 2019. Brees missed five games last season due to a thumb injury, but still produced top-10 fantasy numbers once he returned. The 41-year-old is currently 10th among all quarterbacks in the expert consensus rankings.

Saints quarterback Drew Brees announced he will return for the 2020 season, according to a report from ESPN NFL insider Adam Schefter. Brees also posted a message to his personal Instagram account indicating that he was returning.

Brees remains under contract with the Saints, but there was some talk about the veteran quarterback retiring. He turned 41 years old in January. Now, it appears he will return to the Saints for at least one more season after throwing for 2,979 yards with 27 touchdowns and four interceptions in 11 games in 2019.

Drew Brees informed the NFL Network's Jane Slater that if he returns for his 20th season it would be as member of the New Orleans Saints. He did mention that given his age (41) retirement can no longer be ruled out.

Drew Brees had another strong campaign in 2019, completing 74.3% of his passes for 2,979 yards with 27 touchdowns with only 4 interceptions. He finished the fantasy season as the QB22 after missing five games in the middle of the season with a hand injury. In the 11 games he did play he averaged 20.8 fantasy points; which was the eight highest average among quarterbacks. It is not unreasonable to consider Brees a low end QB1, high end QB2 heading into the 2020 season. His likely return to the Saints is a positive for the all of the team's offensive weapons, most notably Michael Thomas and Alvin Kamara.

Saints QB Drew Brees completed 26-of-33 passes for 208 yards, one touchdown and an interception in Sunday's Wild Card playoff loss to the Vikings.

While Brees entered the postseason as one of the hottest signal-callers in the league, he was stifled by a Vikings defense that showed up to play and win. Not throwing an interception since Weel 12 against Carolina, Brees not only threw his first pick in five games, but he also lost a fumble, his first of the year. Despite his age, it wouldn't surprise me to see Brees back under center for the Saints in 2020 as he is chasing another Super Bowl win along with that proverbial Disney ending. However, with Teddy Bridgewater waiting in the wings who not only showed promise as the QB1 while Brees was sidelined earlier in the year, but he clearly fits Sean Payton's offense, perhaps the Saints are the ones who have a decision to make.

Saints QB Drew Brees completed 19-of-30 passes for 253 yards and three touchdowns in Sunday's Week 17 win over the Panthers.

It was another three-touchdown game for Brees, a feat he's now accomplished seven times in 2019. Despite his age, Brees is showing no signs of slowing down. Perhaps his early-season injury, which cost him five games, was a good thing all things considered. Brees will take the Saints into the playoffs as one of the hottest teams in the league.

Deposit $10 at a DFS partner site you have NOT played at and get a FREE 6 Month HOF Subscription!
Claim Offer
Who Should I Start?
Most Accurate Experts
for Drew Brees
Consensus Rankings
View All Rankings