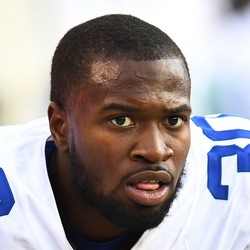 Ian Rapoport on Twitter is reporting that a source told him that the Dallas Cowboys have signed corner back Anthony Brown to a three-year deal worth $15.5M.

Brown was limited to nine games last season due to a triceps injury. By the Cowboys re-signing him, Brown will have a great opportunity next season to take on a greater role in the secondary due to the departure of Bryon Jones in free agency.