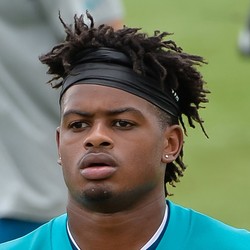 The Dolphins re-signed fourth-year cornerback Bobby McCain to a four-year $27 million deal with $13 million guaranteed. The deal makes McCain, 24, the highest-paid slot corner in the league.

McCain was Miami's best cornerback in 2017, earning a grade of 80.1 from Pro Football Focus, 47th among NFL corners. McCain is capable of playing outside but will likely remain in the slot as Xavien Howard and Cordrea Tankersly are better suited as perimeter defenders.