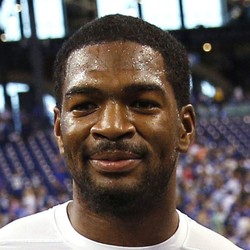 Brissett is a decent QB2 option with low-upside in Week 17.

When discussing his QB situation for 2020, Colts owner Jim Irsay indicated that all options remain open, including sticking with incumbent starter Jacoby Brissett.

Much of the offseason rumors are around veteran Philip Rivers signing with the Colts to take over under center. Of course, the team just signed Brissett to an extension ahead of last season, and given some of the flashes he's shown on the field and the state of QB play around the league he could also end up starting elsewhere. At this point, he's a volatile player to own in fantasy, and he's not someone that you can count on starting at QB in 2020.