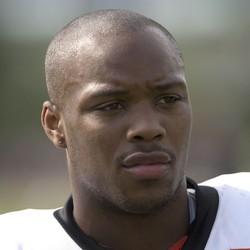 Jeremy Hill out for the year with torn ACL

As a result of Hill's ACL tear, he will miss the remainder of the season. A disaster for a player who seemed to be getting career back on track in New England. Rex Burkhead, who received 18 carries for 64 yards, adding another five yards on his lone reception in Week 1, will continue as the primary running back on the offense. However, once Sony Michel returns, the backfield could begin to form its identity. The Patriots are down to two healthy running backs, which includes Burkhead, who dealt with a preseason knee issue. New England is likely in the running back market.

Deposit $10 at a DFS partner site you have NOT played at and get a FREE 6 Month HOF Subscription!
Claim Offer
Most Accurate Experts
for Jeremy Hill
Consensus Rankings
View All Rankings