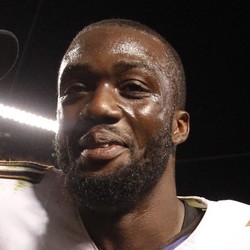 Free agent wide receiver Kamar Aiken is re-signing with the Philadelphia Eagles, reports ESPN's Tim McManus. Aiken spent most of the offseason with the Eagles but was released shortly before the start of the regular season.

The Eagles have been scouring the market for wide receivers and even signed three wide receivers, including Braxton Miller, to their practice squad on Monday. They had also been in touch with Corey Coleman and Brashad Perriman but ended up deciding to sign Aiken. It likely worked in Aiken's favor that he spent the offseason with the Eagles and has some familiarity with their playbook. While the Eagles are desperate for help at wide receiver, they are probably not desperate enough for Aiken to be relevant in fantasy.