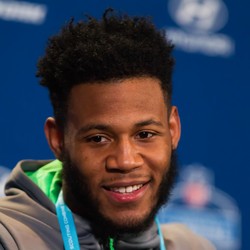 This marks the second straight week that Vonn Bell will be inactive. Rookie safety/slot corner Chauncey Gardner-Johnson filled in admirably for Bell in Week 15, and is the recommended add for IDP owners in a pinch. CGJ recorded six solo tackles, two assists, two tackles for loss, and a pass deflection in Week 15. Bell is superior against the run, but with Derrick Henry is a surprise inactive, his absence will not be as big a factor as it would have otherwise been. A.J. Brown and Corey Davis both get slight upgrades with the Saints being forced to rely on their rookie defensive back.