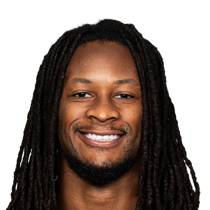 Falcons RB Todd Gurley is “prepared to not play” this season of the NFL and NFLPA can’t come to terms on a comprehensive safety plan during the pandemic. (Source: ProFootballTalk on Twitter)

Fantasy Impact: “It’s really not structured right,” Gurley said. “There’s not a proper plan in place that I’m comfortable with. I don’t have a wife. I don’t have any kids. But you have to look at guys on the other side who have pregnant wives, kids and a wife that they go home to every single day. I just feel like in general we just need to come up with something a lot better than what they’re giving us. Everything they gave us is pretty last minute. We should have been able to have answers weeks ago, if not months ago.” Gurley is prepared to sit out the season in it’s entirety if no plan is in place. The NFL figures to put together a solid plan for returning to work, but it shouldn’t be taken lightly that a star running back could potentially sit out. The arrow may be pointing up for Falcons RBs Ito Smith and Brian Hill, and they may be better than low-end handcuffs at this juncture if you’re drafting in your fantasy leagues. 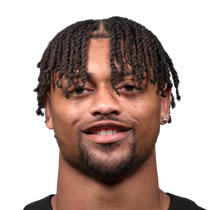 Fantasy Impact: Terrell was selected 16th overall by the Falcon in the 2020 draft. He is expected to start immediately at CB alongside with Isaiah Oliver and Kendall Sheffield. Terrell racked up six interceptions and 20 pass defenses across 30 games for Clemson. 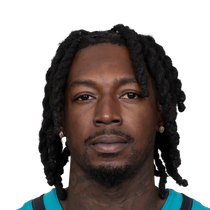 According to Falcons offensive coordinator Dirk Koetter, the best is yet to come for third-year WR Calvin Ridley. (Source: AtlantaFalcons.com)

Fantasy Impact: The 2018 first-round pick out of Alabama has drawn a ton of praise from Koetter, who recently said of third-year WR, “Calvin has just exceptional speed and quickness. His quick-twitch body movements are exceptional. I think Calvin will do nothing but get better the more he works with Matt [Ryan], the more he gains Matt's trust. I think there's some little things that Cal can work on that will really help him elevate." In his first two seasons in Atlanta, Ridley has totaled 127 catches for 1,687 yards and 17 TDs. He runs a 4.43 40-yard dash and has the ability to get in and out of his cuts quickly. His unique combination of elite skills makes him a candidate to enjoy a breakout year in 2020. While an increase in production for Ridley could mean fewer targets for teammate Julio Jones, both receivers could potentially turn in top-10 numbers this upcoming season in the Falcons offense. 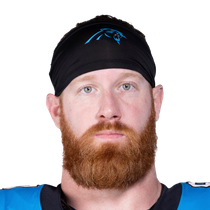 In a Tuesday Zoom session Matt Ryan said new Falcons tight end Hayden Hurst is one of the "fastest and most athletic tight ends I've ever played with." (Source: William McFadden on Twitter)

Fantasy Impact: It's notable praise considering Ryan has played with both Tony Gonzalez and Austin Hooper. The latter had a great season with Atlanta in 2019 and leaves behind a plethora of opportunity on this pass-first Falcons offense. Hurst, a first-round pick by the Ravens in 2018, was acquired this off-season once the Falcons let Hooper sign with the Browns. He's a very interesting late-round option at fantasy football's most frustrating position. 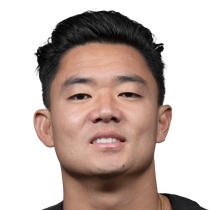 Younghoe Koo likely to have kicker competition in Atlanta this season

Falcons coach Dan Quinn told reporters that the plan is to add a kicker to the roster in order to provide incumbent K Younghoe Koo with competition ahead of the 2020 season. (Source: Jason Butt on Twitter)

Fantasy Impact: Quinn went on to say that it’s been a challenge working out kickers in a virtual environment, thus the reason for not being able to add one to the roster yet. Koo is likely to hold on to his job for the upcoming season, but most teams with young kickers often provide some sort of competition during training camp. Koo went 23-26 on field goals and 15-16 on extra points last season. As a kicker on a good offensive team that plays its home games in a dome, Koo should have lots of chances to produce for fantasy owners this season. 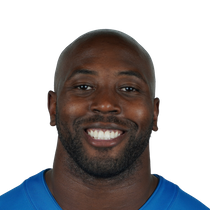 The Atlanta Falcons will not pick up the fifth-year rookie option on newly-acquired DE Charles Harris. (Source: Around the NFL on Twitter)

Fantasy Impact: The Falcons acquired Harris from the Dolphins just a few days ago in exchange for a seventh-round pick. After spending three seasons in Miami, racking up 61 tackles and 3.5 sacks, the former 2017 first-round pick out of Missouri will become a free agent after the 2020 season in Atlanta. 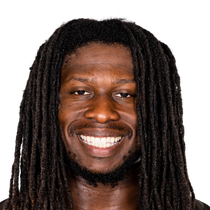 Takkarist McKinley has fifth-year player option declined by the Falcons

Fantasy Impact: In a surprising turn of events, McKinley has had his fifth-year option declined by the Falcons. The former 2017 first-round pick out of UCLA will now be in a contract year in 2020, and needs to prove himself more than ever in order to get a lucrative contract after his rookie deal expires. In three years with the Falcons, McKinley has totaled 71 tackles and 16.5 sacks. Look for a big year ahead as McKinley tries to silence the critics and score a big pay-day with his next contract. 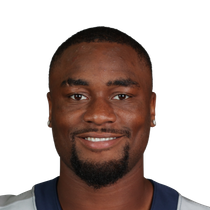 Brian Hill signed his original-round tender with the Falcons on Saturday. (Source: Vaughn McClure on Twitter )

Fantasy Impact: The Falcons placed an original-round tender on Hill in March. He will make $2.1 million. Hill will backup newly acquired RB Todd Gurley. The 24-year-old logged 78 carries for 323 yards and two touchdowns across 12 games for the Falcons last season. Hill is merely a handcuff for Gurley’s fantasy owners.

According to Ian Rapoport, the Falcons are making noise when it comes to trading up in the upcoming NFL Draft. (Source: Benjamin Allbright on Twitter)

Fantasy Impact: According to sources, Atlanta really likes DT Javon Kinlaw out of South Carolina, and could be willing to move up to 10 or 11 to grab a guy of his caliber. Look for the Falcons to be busy on the phones during round one of the Draft next Thursday. 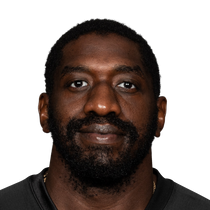 Allen Bailey agrees to a one-year, $4.5M extension with the Falcons

DL Allen Bailey has signed a one-year, $4.5M extension with the Atlanta Falcons, that includes a $3.25M signing bonus, per his agent Drew Rosenhaus. (Source: Tom Pelissero on Twitter)

Fantasy Impact: The nine-year veteran lineman is now signed with the Falcons through 2021. He came to Atlanta in 2019 after playing eight seasons with the Chiefs. He’s technically considered a defensive end, but he didn’t rack up the sacks last year in Atlanta, recording just one on the season. 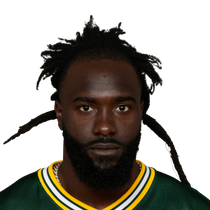 Adam Schefter of ESPN reports the Cardinals are signing De’Vondre Campbell to a one-year contract. (Source: Adam Schefter on Twitter )

Fantasy Impact: The deal is reportedly worth up to $8.5 million. Campbell, the former Falcon, certainly helps improve Arizona’s linebacker corps. 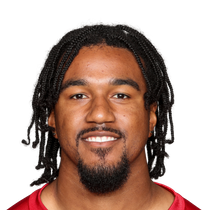 Impending free-agent edge rusher Vic Beasley Jr. has agreed to a one-year deal with the Tennessee Titans worth $9.5M guaranteed with a max of $12 million, according to reports from Dianna Russini and Ian Rapoport. (Source: Dianna Russini on Twitter)

Fantasy Impact: The Falcons announced they would not be re-signing their former first-round pick, and Beasley has apparently opted for a one-year deal in order to build on his value ahead of next offseason. 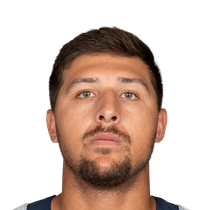 Fantasy Impact: Hooper, the top free agent at his position, is reportedly set to become the highest paid tight end in football. Vaughn McClure of ESPN reports the deal is for four years and $44 million. This move is obviously a win for Baker Mayfield and the Cleveland offense as a whole. However, it definitely hurts David Njoku's value. 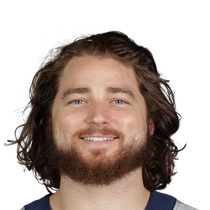 Offensive tackle Ty Sambrailo is being released by the Falcons. (Source: Mike Garafolo on Twitter)

Fantasy Impact: Sambrailo wasn't on anyone's fantasy radar even after his week 17 touchdown last season, but the release of him and Devonta Freeman today make it apparent that the Falcons are looking to open up cap space. Keep on eye on Atlanta to see if they make moves for any big free agents in the coming days. 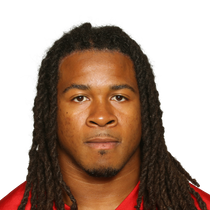 Devonta Freeman being released by the Falcons

Devonta Freeman is being released by the Atlanta Falcons, freeing up more than $3M worth of cap space in 2020. (Source: Ian Rapoport on Twitter)

Fantasy Impact: Freeman is being released after six seasons in Atlanta. The former fourth-round pick will hope to join a team in need of a veteran presence at the RB position. The Falcons meanwhile will need to fill the void left by Freeman, and currently the RBs next in line on the roster are Brian Hill and Ito Smith, both of whom are not accustomed to heavy workloads. Look for Atlanta to draft an RB and look at the free agent market for potential options at the position. 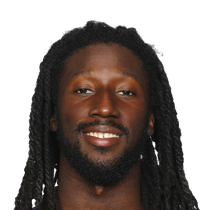 Desmond Trufant to be released by Falcons

The Atlanta Falcons are planning to release cornerback Desmond Trufant this week, according to a report from NFL insider Tom Pelissero. (Source: Tom Pelissero on Twitter)

Fantasy Impact: Trufant finished the year on injured reserve with a fractured forearm but has been a productive cornerback with the Falcons for seven years. He is still just 29 years old (he turns 30 in September) and should have significant interest in the free-agent market. 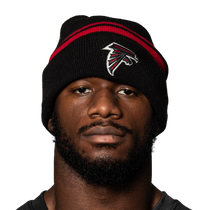 Deion Jones racked up three total tackles and a pick-six during Sunday’s 28-22 overtime win against the Buccaneers.

Fantasy Impact: Jones finished the season second on the team in total tackles with 110. He should be viewed as an LB1 in all leagues. 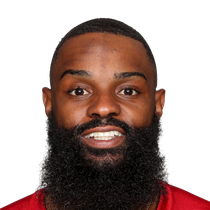 Falcons WR Justin Hardy caught all three of his targets for 40 yards in Sunday's Week 17 win over Tampa Bay.

Fantasy Impact: Even with an extended opportunity with Calvin Ridley out, Hardy has failed to make noise in fantasy. He is likely just a guy moving forward as he's been in the past. 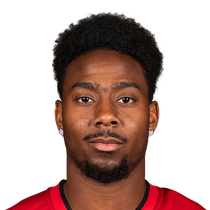 Fantasy Impact: With his expanded opportunity in the second half since the Mohamed Sanu trade and the Calvin Ridley injury, Gage has been a solid player in PPR scoring formats while putting up Sanu-like lines and popping a score every once in a while. If the Falcons elect to run with Gage as their WR3 in 2020, he'd open the year on the Flex radar in deeper leagues with a higher worth in PPR. 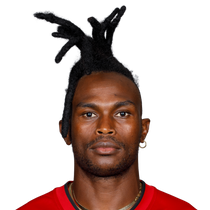 Fantasy Impact: Jones didn't have his best season, but he was still one of the most productive fantasy wideouts in PPR. Although his 1,394 were his fewest since 2015, his 99 receptions were the fourth most of his career while his six touchdowns are the third most, a feat he's accomplished three different times. Jones will be a lock top 20 overall pick in 2020.