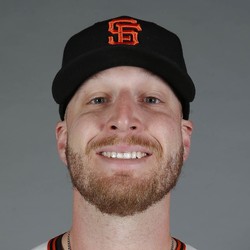 Smith somehow stayed in San Francisco all season and held the closer's role all year, putting up his usual terrific numbers. He'll now move to Atlanta where early indications are that he'll set up for Mark Melancon. Smith's numbers and potential opportunity to close down the line make him worth drafting in all formats, though again, don't expect him to close right away.