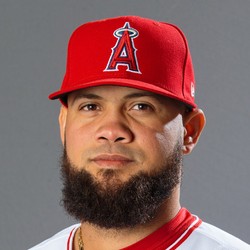 The Phillies defeated the Pirates on Friday in a pitching duel, 2-1. Luis Garcia earned the win with a shutout inning in the eighth, not allowing a hit. Garcia is now 2-1 with a 2,79 ERA this season.

Garcia has not allowed a run in his last six appearances, covering 5 1/3 innings. He's allowed six hits and three walks, while striking out six in 9 2/3 innings.