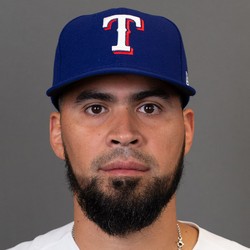 Chirinos may be older and a batting average liability, but you can bet your bottom dollar that he'll provide 15+ homers and 50+ RBIs for fantasy owners as a strong C2 option.

Ken Rosenthal of The Athletic reports the Rangers have come to terms with catcher Robinson Chirinos on a one-year, $6.75 million contract.

Chirinos played for the Rangers from 2013-18 before signing with the Astros last season. He smacked 17 homers to go along with a .790 OPS and will slide into the starting role for Texas this year.

Brendan Tuma - Too Much Tuma22 weeks ago