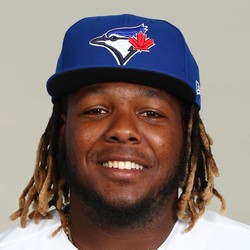 It wouldn't surprise anyone if Guerrero batted .330 with 40 homers this year but we are still talking about a kid who didn't outperform Brian Anderson, Renato Nunez or Todd Frazier last year in similar plate appearances. His upside is breathtaking but there is unquestionably some risk at his ADP.

Vladimir Guerrero Jr. will focus on first base, per manager Charlie Montoyo. Travis Shaw is expected to slide over to third base.

Guerrero Jr. was slated to play everyday at third base, but apparently the Blue Jays feel comfortable with playing him at first and at DH. Guerrero's eligibility at first helps his fantasy value, given that the position isn't as deep as third base. As a result, his ADP will probably go up from the low-60's that it currently resides at. Look for him to improve on his .272/.339/.433 slash line from his rookie campaign.