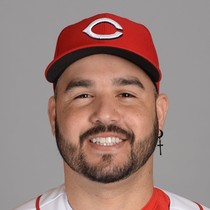 Eugenio Suarez to be ready for season opener

Eugenio Suarez is fully recovered from his swimming injury in January, and is full-go for whenever the 2020 season will begin. (Source: Mark Sheldon of MLB.com)

Fantasy Impact: It looks like the downtime has really helped Suarez's shoulder to fully heal. With this news, his ADP will likely creep up near the top 50. Monitor his power during the spring, as shoulder injuries can sometimes result in a loss of power. 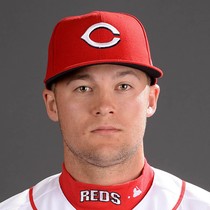 Nick Senzel has progressed well from his shoulder surgery in September, and will be ready to go on Opening Day. (Source: Mark Sheldon of MLB.com)

Fantasy Impact: Senzel is in an open competition for an outfield spot, though the universal DH certainly helps him out. While his ADP of 229 may seem like a bargain, monitor his power when spring training reopens. He is more known for his hit tool, but any sap to his power as a result of the injury would dampen his fantasy outlook. 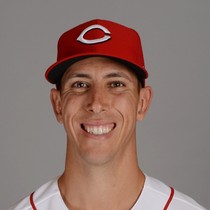 Michael Lorenzen is throwing, but has not been able to hit or play the outfield due to patellar tendinitis. He owns a 1.50 ERA, 1.50 WHIP and a 8:4 K:BB ratio across six innings this spring. (Source: Mark Sheldon of MLB.com)

Fantasy Impact: Besides his normal reliever duties, Lorenzen also plays the outfield and pinch hits for the Reds. “I have some patellar tendinitis that we’re getting over,” Lorenzen said on Tuesday. “It’s doing a lot better. I was cleared to hit [Monday]. It’s never bothered me hitting anyway. They just wanted to take the workload off of it. It doesn’t bother me other than a full-on sprint. We just want to make sure that it’s fully taken care of, which it’s getting there.” Lorenzen doesn't favor the knee when he is pitching, and has looked great so far this spring. He will need more time to recover in order to fulfill his pinch hitting/outfield role. The 28-year old is mainly an option in NL-Only League formats. 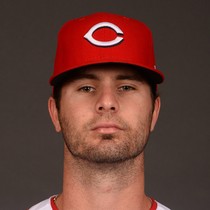 Jesse Winker (illness) is batting second as the designated hitter in Friday's Cactus League game against the A's. (Source: Cincinnati Reds on Twitter )

Fantasy Impact: Winker was scratched from Wednesday's game due to an illness. He is batting second and will serve as the team's designated hitter for Friday's contest. Winker is competing for a spot in a crowded Reds outfield, but will mostly be in a platoon situation, as he is expected to sit against lefties. Winker slashed .269/.357/.473 with 16 home runs, 38 RBI and 51 runs scored across 113 games last season. 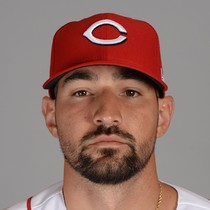 Nick Castellanos (illness) is expected to play Thursday in the Reds' Cactus League game against the Brewers. (Source: Bobby Nightengale on Twitter)

Fantasy Impact: Castellanos has missed the last two games due to an illness, but is expected to re-join the lineup on Thursday. He is slashing .333/.333/.500 with a double and two RBI across six plate appearances this spring. Castellanos is in no danger of missing Opening Day, and will look to build on his .321/.356/.646 slash line with Cubs in the second half of last season. He is currently 86th overall in the expert consensus rankings. With a strong spring, the 28-year old could see his ranking rise as Spring Training draws to a close. 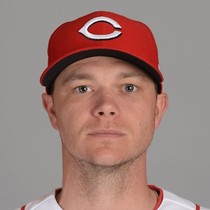 Sonny Gray (elbow) is scheduled to make his first start of the Spring Wednesday against the Mariners. (Source: MLB.com)

Fantasy Impact: Gray spent the offseason recovering from elbow surgery, and he's on tap to make his first Spring appearance without a hitch. Fantasy owners should be reassured by this, as his Spring progression seems to be on schedule, despite the surgery last year. 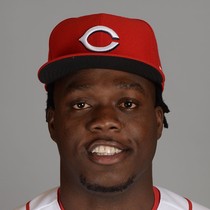 Aristides Aquino has minor league options remaining, meaning the team could opt to start his season in the minors given their initially crowded outfield. (Source: MLB.com)

Fantasy Impact: The Reds went out and acquired Nick Castellanos and Shogo Akiyama this offseason to add to a crowded right field. Aquino was impressive last season, but he did fade down the stretch and it remains to be seen if he can make the adjustments to maintain his initial success in the majors. Right now, he's considered the 207th player overall and OF51 based on our expert consensus rankings. 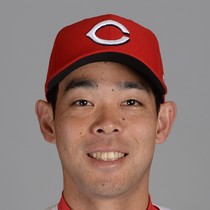 Joel Sherman of The New York Post reported this week that the Reds reached a three-year agreement with Shogo Akiyama. (Source: Joel Sherman on Twitter) 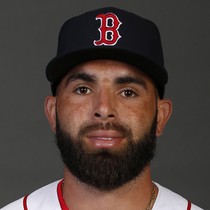 Utilityman Jose Peraza was non-tendered by the Cincinnati Reds ahead of Monday's deadline, according to reports. He will now become a free agent. (Source: Mark Feinsand on Twitter) 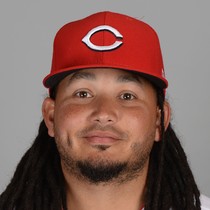 Freddy Galvis has option picked up by Reds

Infielder Freddy Galvis will have his 2020 option picked up by the Cincinnati Reds, according to MLB insider Jon Heyman. (Source: Jon Heyman on Twitter)

Fantasy Impact: Galvis had a career-high 23 home runs in 2019 while batting .260 and playing excellent defense, making it an easy decision to pick up his option despite a crowded roster. It's still possible that Galvis is traded, but picking up his option in October is a no-brainer. 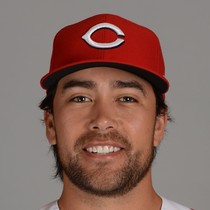 Alex Blandino went 1-for-2 with his first career homer in Sunday's win over the Pirates.

Fantasy Impact: Blandino went deep in the eighth inning for the first big fly of his young career. He'll finish 2019 with a .250 batting average and three RBI in 36 at-bats. 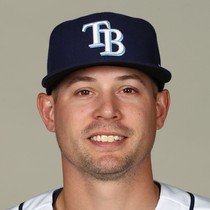 Brian O'Grady went 1-for-3 with a solo home run in Sunday's win over the Pirates.

Fantasy Impact: O'Grady blasted his second career homer in the fifth inning. He struggled in limited time this season, batting .190 with a .292 OBP in 28 games played. 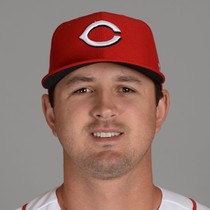 Fantasy Impact: Mahle will end the season on a positive note, earning his third win of the year while dominating through five scoreless frames. He finishes with a 5.14 ERA and 1.31 WHIP in 129.2 innings. 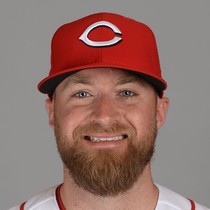 Tucker Barnhart went 1-for-5 with a walk and a solo home run in Saturday's win over the Pirates.

Fantasy Impact: Barnhart started the scoring with a solo shot off James Marvel in the second inning. On the season, Barnhart is batting .232 with 11 homers and 40 RBI in 114 games played. 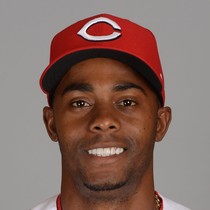 Raisel Iglesias pitched a clean ninth inning Saturday against the Pirates, issuing no walks and striking out none.

Fantasy Impact: Iglesias needed just six pitches to retire the side in the ninth, with the game tied up at 2-2. Iglesias has 34 saves on the season, to go along with a 4.16 ERA, and a 3-12 record. 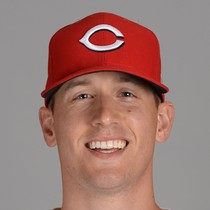 Lucas Sims allowed two runs on two hits and one walk across two innings in a no-decision against the Pirates on Saturday. He struck out one.

Fantasy Impact: This was a traditional bullpen game for the Reds, with Sims leading the way. He stumbled a bit, allowing a series of hits in the second inning that led to two runs. On the season, Sims has posted a 4.60 ERA and a 1.16 WHIP in 24 appearances and four starts. 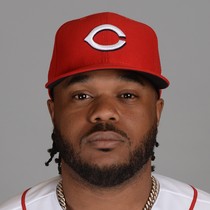 Phillip Ervin went 1-for-4 with a two-RBI single in Friday's loss to the Pirates.

Fantasy Impact: Ervin gave the Reds a 4-0 lead in the fifth with his two-RBI double. Ervin is batting .273 with seven homers and 23 RBI in a bench role for the Reds this season. 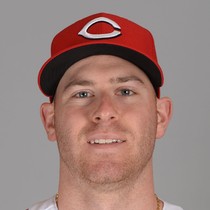 Anthony DeSclafani allowed four runs (three earned) on eight hits with one walk and five strikeouts across five innings in a no-decision against the Pirates Friday.

Fantasy Impact: DeSclafani was in line for the win after entering the game after Michael Lorenzen's two innings of relief. DeSclafani ends 2019 with a 3.89 ERA, 1.20 WHIP, and 167 strikeouts in 166.2 innings. 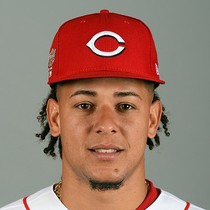 Luis Castillo (15-8) took the loss Thursday against the Brewers, allowing five runs on five hits and four walks across five innings. He struck out eight.

Fantasy Impact: Castillo ends his breakout 2019 on a less-than-impressive note, struggling to find the zone and allowing five runs in as many innings. Castillo struggled with walks for a portion of the season, but seemed to correct that issue over time. He demonstrated elite strikeout potential, and a devastating changeup. He finishes the year with a 3.40 ERA and 226 strikeouts in 190.2 innings pitched. He'll enter 2020 as the Reds' ace, and an elite fantasy pitcher. 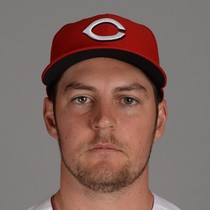 Fantasy Impact: Bauer was less than sharp Sunday, as he allowed two homers and was touched up for four runs in the first inning. He now owns a 4.48 ERA on the season, and has 253 strikeouts in 213 innings. His last start of the season should come Saturday at Pittsburgh.