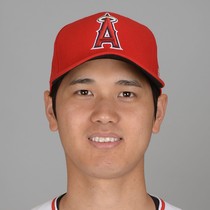 Fantasy Impact: Callaway added that Ohtani should be ready to throw off a mound "soon". The 25-year-old underwent Tommy John surgery last season and was slated to return as a pitcher around mid-May this year. With the coronavirus pandemic changing things, Ohtani could be ready as a two-way player whenever the season gets underway. Throwing off a mound will be the next step in his recovery. 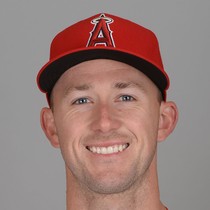 Fantasy Impact: Canning is currently building up intensity and could be on a mound by the end of April. He was diagnosed with "chronic changes" to his UCL back in February before receiving a PRP injection to help the healing process. Obviously the team is hopeful Canning will ultimately be able to avoid surgery. 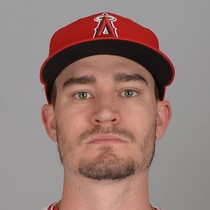 Fantasy Impact: Heaney regressed in 2019, posting a 4.91 ERA and 1.29 WHIP in 95.1 innings. He also battled through numerous injuries throughout the season. He has notably taken a different training approach this offseason, which has boosted his confidence heading into 2020. 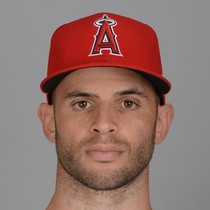 Tommy La Stella was scratched ahead of Wednesday's game against the Mariners with a stiff back. (Source: Bill Shaikin on Twitter)

Fantasy Impact: The Angels don't seem overly concerned with this injury, and La Stella will likely just receive one day off to recuperate. He's batted leadoff for the Angels in all but one spring game thus far, a position that would give his value a bump if it holds in the regular season. 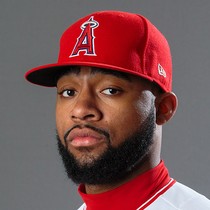 Jo Adell went 1-for-3 with an RBI double as the Angels beat the Rangers 7-2 on Friday.

Fantasy Impact: He also scored a run in this one. Adell is now 4-for-12 with a double and a stolen base through four Cactus League games. The 20-year-old will likely begin the season in the minors but should be up with the Angels at some point this spring. 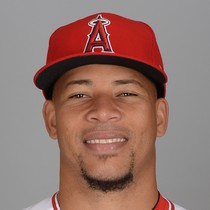 Angels manager Joe Maddon told reporters that it's a "safe bet" to expect Hansel Robles to be the team's closer to start the 2020 season. (Source: Fabian Ardaya on Twitter)

Fantasy Impact: Robles was solid in the role last season, posting 23 saves and an ERA and WHIP of 2.48 and 1.018 while striking out over a batter per inning in 71 appearances spanning 72 1/3 innings. He's currently ranked inside the top-200 players as the RP20 in our expert consensus rankings. 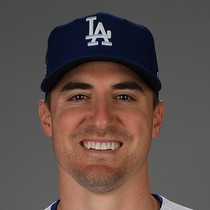 Ross Stripling will remain with Dodgers

Ross Stripling will remain with the Dodgers despite the Mookie Betts trade being authorized. (Source: Ken Rosenthal on Twitter)

Fantasy Impact: In the originally agreed-upon deal earlier this week, Stripling and Joc Pederson were to be dealt to the Angels in a separate transaction. That deal has now been retracted, perhaps because it relied on the original three-team deal involving the Twins. Stripling and Pederson will return to a team that nearly traded them and, as in previous years, Stripling's role in the Dodgers' pitching staff is murky. 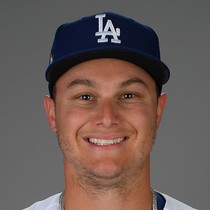 Joc Pederson will remain with Dodgers

Fantasy Impact: It is not entirely clear why the transaction involving sending Pederson to the Angels fell through, but it is likely that the deal was dependent on the original three-team swap. Pederson's fantasy outlook becomes a bit more cloudy now, with the addition of Betts and the extension of Max Muncy. 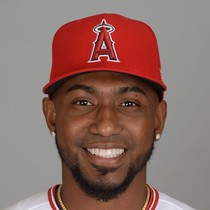 Fantasy Impact: Atlanta declined their 2020 option on Teheran earlier this winter, making him a free agent. The 28-year-old posted a 3.81 ERA last year and should slide right into the Angels' rotation next season. 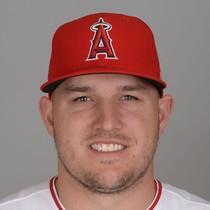 The BBWAA announced Thursday that Mike Trout is the 2019 American League MVP. (Source: BBWAA on Twitter )

Fantasy Impact: It’s the third time Trout has won the award, in addition to 2014 and 2016. He received 17-of-30 first place votes with Alex Bregman getting the remaining 13. Trout will once again be a top-three fantasy selection come draft day in 2020. 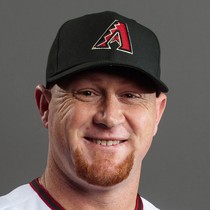 Fantasy Impact: Calhoun hit .232 with 33 homers and a .792 OPS in 2019 while playing well defensively. However, $14 million would be a lot for that type of production. The 32-year-old is now set to enter free agency this winter. 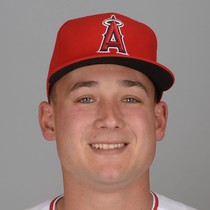 Matt Thaiss went 3-for-4 with two home runs and four RBI in Sunday's 8-5 loss to the Astros. 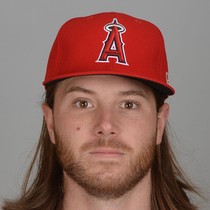 Dillon Peters (4-4) allowed seven runs on seven hits and two walks while striking out two through 3 1/3 innings in Sunday's 8-5 loss to the Astros. He was charged with his fourth loss of the season. 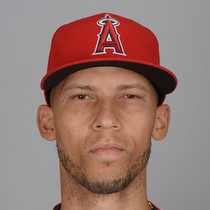 Andrelton Simmons went 2-for-4 with a two-run home run in Saturday's 6-3 loss to the Astros.

Fantasy Impact: Simmons crushed a two-run shot off Justin Verlander in the fourth inning, giving him a total of seven home runs on the season. He is slashing .263/.307/.362 with seven home runs, 39 RBI, 46 runs scored and 10 stolen bases in 102 games this season. 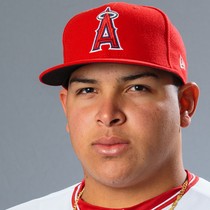 Jose Suarez allowed two runs on six hits and two walks while striking out six over five innings in Saturday's 6-3 loss to the Astros. He did not factor into the decision.

Fantasy Impact: Suarez cruised through five innings, but allowed a two-run blast to Jose Altuve in the sixth before getting the hook. He has allowed 23 homers in just 81 innings this season. Suarez will finish 2019 with a 2-6 record, 7.11 ERA, 1.64 WHIP with 72 strikeouts in 81 innings. 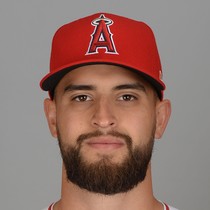 Patrick Sandoval (0-4) allowed one run on two hits and three walks while striking out three through three 1/3 innings in Friday’s 4-0 loss to the Astros. He was charged with his fourth loss of the season.

Fantasy Impact: Sandoval continues to be limited, he has only pitched long enough to qualify for a win twice. He will end the season with a 5.03 ERA, 1.37 WHIP and 42 strikeouts over 39 1/3 innings this season. 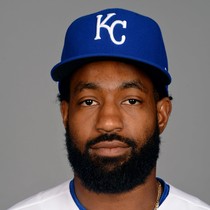 Brian Goodwin left Thursday's game against Houston due to a back spasm. (Source: Los Angeles Angels PR on Twitter)

Fantasy Impact: Goodwin left the matchup after sliding into second base on a double, but he appears to have avoided a serious injury. He is considered day-to-day. 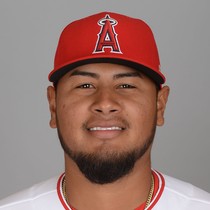 Jaime Barria was removed from Thursday's game against Houston due to a right toe blister. (Source: Los Angeles Angels PR on Twitter) 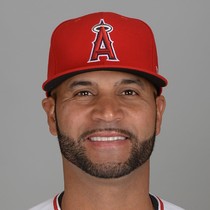 Albert Pujols went 1-for-3 with an RBI in Tuesday's win 3-2 win over the Athletics.

Fantasy Impact: Pujols singled in the fourth inning and plated what turned out to be the deciding run with a sacrifice fly in the fifth. He has an outside shot of driving in 100 runs for the 15th time in his career. Pujols is slashing .249/.309/.441 with 23 home runs, 93 RBI, 54 runs scored and three stolen bases in 527 plate appearances this season. 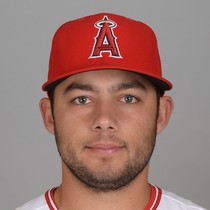 David Fletcher went 3-for-4 with an RBI and a run scored in Tuesday's 3-2 win over the Athletics.

Fantasy Impact: Fletcher's trio of singles accounted for his third three-hit performance in his last six games. He is batting .341 (28-for-82) while scoring 12 runs over 20 games in September. Fletcher is slashing .293/.351/.391 with six home runs, 49 RBI, 83 runs scored and eight stolen bases in 630 plate appearances this season.