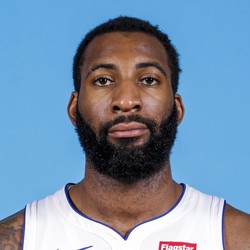 Andre Drummond goes for 21 and 7 in loss to Chicago

In his second game back from injury, Drummond went for over 20 points again, dropping 21 after scoring 28 the previous game. He only pulled down seven rebounds tonight in 34 minutes, which is quite unusual given his average of around 15.1 rebounds per game on the year. The low number of rebounds is a testament to how well the Bulls shot the ball tonight, going 50 percent from the field. Drummond also turned the ball over six times tonight, which is well over his season average of 3.6 turnovers per game. As long as he's playing in games, he's going to continue to see heavy minutes and have high usage, so keep those fingers crossed he remains healthy through the end of the season.