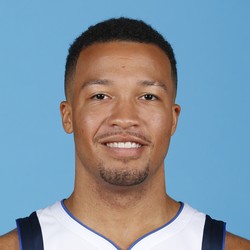 Tim MacMahon on Twitter is reporting that the Dallas Mavericks have announced that guard Jalen Brunson had surgery on Wednesday to repair his torn labrum in his right shoulder.

Brunson was originally going to have the surgery done during the off-season but due to the NBA suspending the games because of the coronavirus pandemic, it appears the surgery date was moved up. By having the procedure done at this time Brunson should be fully recovered for next season.