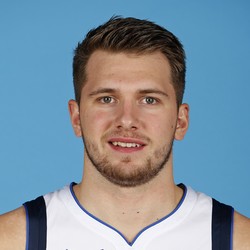 Luka Doncic helped the Mavericks stop a two game losing streak. During the second half of the Mavericks game, the NBA announced that all games will be suspended going forward due the corona virus outbreak. Doncic did play the game with a wrap on his right wrist and now will have the time to get his wrist right for the playoffs.