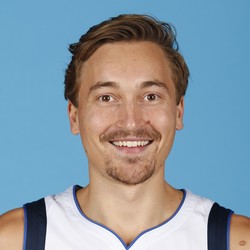 In order to create a roster spot for Michael Kidd-Gilchrist, the Dallas Mavericks have released Ryan Broekhoff, according to Tim MacMahon

While the Dallas shooting guard was not quite fantasy relevant, hopefully he will be able to find a roster spot elsewhere. It will be intriguing to see what Kidd-Gilchrist provides in his place.