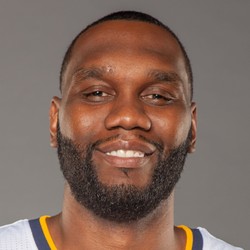 Al Jefferson has been waived by the Pacers

The Indiana Pacers have waived veteran center, Al Jefferson, according to Keith Smith of RealGM.

The Pacers will take a cap hit of $4 million but they will save a significant amount of money by waiving Jefferson, since the veteran center was due $10 million for the upcoming season. Jefferson is well past his prime at age 33 and although he can still get buckets in the post, he is a non-mobile big that is a major liability on the defensive end of the floor. He will likely resurface with another team but there is very little chance that he will make a fantasy impact next season.