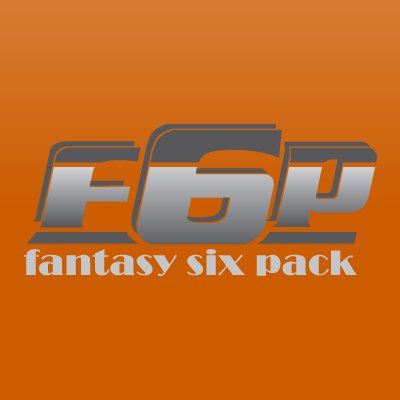 Fri, Jun 8
Featured Pros: Buy Low, Sell High
What one player are you trying to buy low and what type of player would you give up to get him?
I am absolutely trying to buy low on Paul Goldschmidt. Many owners of him are frustrated overall with the consensus first rounder. He just recently got his batting average over .200 on the season and still has less than 10 home runs. The window might be closing soon as he has been heating up, so move quickly.

What one player are you trying to sell high right now and who would you want in return?
Matt Kemp is who I'm selling high on the most. He is having a fantastic season so far, but let's not forget just last year he had 10 home runs while hitting .345 through May. The rest of the season he hit nine home runs with a .232 average. I'm afraid we will see much of the same as we get deeper into the season.

Fri, May 4
Featured Pros: Buy Low, Sell High
What one player are you trying to buy low and what type of player would you give up to get him?
If you can I would buy low on Chris Archer. No way do I think he has turned into pitcher with a 6-plus ERA and 1.50 WHIP. The strikeouts, although a bit down, are still top notch. I expect his BABIP, average and other supporting stats to normalize, which will result in his ERA/WHIP dropping considerably. His FIP and xFIP support this thought as well. I'm willing to give up the Jake Junis's of the world who are pitching well, but it is not sustainable.

What one player are you trying to sell high right now and who would you want in return?
There are a lot of players, playing over their heads right now, but my favorite to sell is Jed Lowrie. Currently 34 years old, he has already hit eight HR, scored 15 runs and knocked in 30. His previous season highs are 16 HR and 75 RBI, so he is on a great pace to destroy those numbers. Sorry not buying it. I would sell for just about any top 16 ranked second baseman in the rest of season rankings here on Fantasy Pros.

Fri, Apr 6
Featured Pros: Under-the-Radar Waiver Pickups
What one hitter should fantasy owners look into picking up that is owned in less than 25% of Leagues?
Nick Markakis is severely under-owned. He is one of those players who is not going to win you leagues, but he sure won't lose it for you either. That said, he has had a great start to the season batting cleanup of the team who currently leads the league in runs scored. That will certainly help keep him more relevant and when Ronald Acuna gets called up we could see more production.

What one starting pitcher should fantasy owners look into picking up that is owned in less than 25% of Leagues?
I would take a chance on Jake Junis. It is easy to look past the first start to the season considering it was against the Tigers and think he can't be this good. Think again. The second half of last season Junis was good, really good posting a 3.55 ERA with a 5.78 K/BB ratio. Only Kluber, Sale, Tanaka and Carrasco were better during that span of time. I think at worst Junis can be a SP4/5 for you with the upside to be a SP3/4.

Thu, Mar 8
Players to Avoid
Who is the one hitter inside the top 30 in hitter ADP you are avoiding the most and why?
I'm avoiding Aaron Judge. His 2017 was ridiculous but there is massive regression coming here. The strikeout rate likely to rise again as pitchers now have a full offseason to scout him. This, combined with a BABIP that will drop from a fantastic .352, will lead to a much lower average. Everybody forgets how last year at this time Judge was going undrafted in the majority of leagues due to his issues making contact. I'm still running the other way at this point.

Who is the one starting pitcher inside the top 20 in pitcher ADP you are avoiding the most and why?
I am a big fan of his, but this season Jacob deGrom will not be on any of my teams at his current price. I can't take a pitcher dealing with back soreness in the third round. There are simply too many good pitchers still available who are healthy to take the risk on one who is not.

Fri, Feb 16
Featured Pros: Spring Training Watch
Name one hitter you'll be paying close attention to during spring training and why.
I want to watch Miguel Cabrera very closely this spring. Miggy from the time he entered the majors in 2003 was one of the best hitters we've ever seen, until last season. His power was zapped, his batting average dropped 68 points below his career number. A lot of this is due to the back injury he dealt with in 2017. The unfortunate part is it is not likely to go away this year, or ever. But this is why I'm watching him. I want to see if he has gotten past it and is even 80-90% of the Miggy we all remember. If he is, he will be a steal on draft day.

Name one pitcher you'll be paying close attention to during spring training and why.
I will be watching Johnn Cueto more than any other pitcher this spring. Cueto was always one of my favorite picks in drafts. Always overperformed for where he was being drafted, until 2017. Everything went wrong for him. ERA was his highest since 2008 and second worst of his career. Walks were way up, batting avg against increased, hard-hit rate increased. Home runs skyrocketed for him, double his 2016 rate, even playing in San Fran for half his games. At age 32 he should still be near the prime of his career so I'm curious to see if we get the old Jhonny Cueto back, or if he has lost it.

Tweets by @F6P_Joe
Do Not Sell
Are you looking to contact Customer Support about a subscription or account related question?
Yes
No, I'm a California resident looking for the California Consumer Privacy Act form