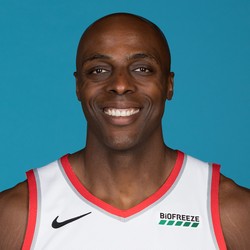 According to Marc Stein, the Memphis Grizzlies are the leading candidates to sign Anthony Tolliver once the NBA's transaction window opens on Tuesday.

Tolliver has played for three teams this season - the Trailblazers (34 games), Kings (nine games), and most recently, the Grizzlies (five games) where he signed a 10-day contract on March 2, 2020. While multiple teams are interested in signing the 11-year veteran, the Grizzlies appear to have the edge and plan to resign Tolliver as early as Tuesday. Tolliver will serve as bench depth for the Grizzlies and can be ignored for fantasy purposes.