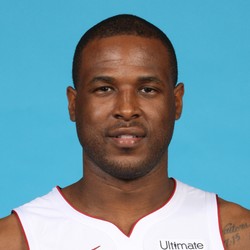 Dion Waiters has been slapped with his third suspension of the season, this time for six games.

According to Reynolds, this suspension is for "his failure to adhere to team policies, violation of team rules and continued insubordination." Waiters has yet to take the court this season, and it's getting less and less likely that he finishes the season in a Heat uniform.