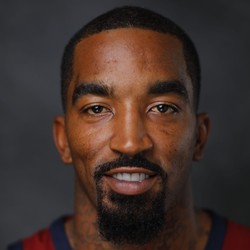 According to Emiliano Carchia of Sportando, JR Smith has turned down a $1.6 million contract offer from the Jiangsu Dragons of the Chinese Basketball Association.

After publicly accusing the Cleveland Cavaliers front office of tanking, Smith spent the remainder of the 2018-2019 season away from the team. Smith was subsequently waived in July. While Smith will be turning 34 next week, he still offers scoring ability that could especially benefit a team’s second unit. The dismissal of Jiangsu’s contract offer may signal confidence that other NBA suitors will come calling as the season nears.