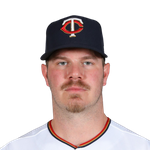 Bundy largely made good on the enormous amount of buzz that surrounded him after he moved from the Orioles to the Angels. He set career bests in ERA (3.29), WHIP (1.04), strikeout rate (27%), and walk rate (6.4%). Bundy's fastball, though it continued to trend down in velocity, was more effective than in years' past, in part because he cut way down on his usage of the pitch (just 33.6%, after throwing it at least 42.4% of the time in every previous season). His slider remained one of the best pitches in the game, and his remaining secondary pitches improved, too. At some point, Bundy's fastball velocity is going to become an issue, but there's little reason to expect that to come in 2021. Draft him as as an SP3.