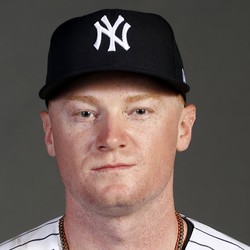 Clint Frazier has been dealing with plantar fasciitis

Boone said Tuesday that Frazier had been dealing with a foot issue over the last few months, but that issue was revealed to be plantar fasciitis Wednesday. The Yankees have been bringing the 25-year-old along slowly during camp as a precautionary measure. Fantasy owners should keep an eye on updates concerning Frazier.