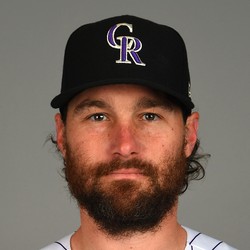 Murphy didn't do all that much either of the last two seasons with just 12 and 13 homers plus 90 missed games combined, but his batting average has still be reliably good. If he can manage to stay healthy, .315 and 20 HRs is not out of the question.

Daniel Murphy went 2-for-5 with two singles, an RBI, and two runs scored in the Rockies’ 11-7 win over the Brewers on Friday.

Murphy is batting .278 with a .779 OPS with two games left in the season. He got off to a terrible start this year before catching fire early in the summer. However, he then cooled down considerably again. Overall Murphy’s first season with the Rockies was a disappointment. Perhaps he’ll rebound in 2020 at a much lower average draft position.