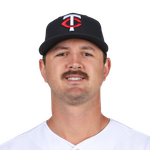 Mahle's solid 2020 season (3.59 ERA, 1.15 WHIP) will probably slip under the radar, but there are a lot of reasons to be optimistic about him with a guaranteed spot in the Reds rotation. His strikeout rate jumped to 30% on the back of a 4.4% increase in his swinging strike rate, and he had just a .188 expected batting average against, top 10% in the league. The biggest change for Mahle was that he brought back a slider that he had shelved entirely in 2019, and batters hit just .180 against the pitch with a .249 wOBA. He could do well to cut down on his walks a bit, but still, as a fifth starter for your fantasy team, there's plenty of potential for profit.